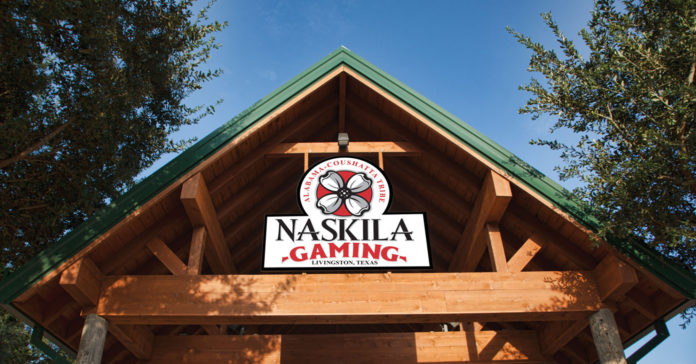 Two tribes in the state are fighting for the right to keep open their gaming establishments, the Ysleta del Sur Pueblo and the Alabama-Coushatta. They run video bingo gaming centers in El Paso and Livingston, respectively.

The incongruencies between laws both at the federal and state level are about as confusing as the politics surrounding these businesses.

In 1987, both tribes were formally recognized by the federal government but specifically prohibited from offering gaming on their land. A year later, the Indian Gaming Regulatory Act established the National Indian Gaming Commission and allowed for gaming, but this did not apply to the Ysleta del Sur Pueblo and the Alabama-Coushatta, which are also prohibited by Texas state law. Further complicating the matter is the fact the IGRA has since given blessing to the tribes to run their businesses, and another tribe, the Kickapoo, openly runs a similar establishment in Eagle Pass.

With that mess in mind, a group of Texas Republicans in Congress led by Rep. Brian Babin (R-Port Arthur) are seeking the full passage of Babin’s Alabama-Coushatta Fairness Bill. The bill would remove the gaming prohibition from the 1987 law and allow the Ysleta del Sur Pueblo and the Alabama-Coushatta the same rights as the Kickapoo. It passed the House in 2019 by unanimous vote and seemed destined for similar passage in the Senate.

“We’re saying that bingo is allowed in Texas, we have a form of bingo,” said Alabama-Coushatta spokeswoman Cecilia Flores.

However, Texas’ senators have proven to be remarkably hostile to the idea. Sen. John Cornyn (R-Houston), in particular, has been outspoken against the Senate taking up the bill. In October, he sent a letter to the U.S. Senate Indian Affairs Committee stating that, “In light of these legal and policy disagreements between the Texas state government and these tribes, I request any committee hearings concerning this legislation be postponed until these parties have reached a resolution or agreement.” He cites opposition from Gov. Greg Abbottl as one of the main reasons for not passing it.

Abbott has constantly fought (and won against) the tribes in court when it comes to hampering the existence of the gambling facilities.

Nineteen members of the Texas delegation from both parties have sent a letter to Cornyn asking him to reconsider his stance.

“Cornyn has told me personally that if the bill got through the House he would support it, but that we’d have to go through the governor first,” said Flores.

Sen. Ted Cruz (R-Houston) has been less hostile to the idea, according to Flores. The junior senator asked the tribes to gather testimonies from community businesses and leaders to support their position. This was fairly easy to do as the gaming centers are economic booms to their regions, with a combined $645 million economic impact. The Alabama-Coushatta center alone employees 700 people directly and indirectly, and funds many of the tribe’s social services.

“We supplement many of our federal programs with the income,” said Flores. “Head Start, the federal medical programs, the fire and police departments and the water works. All of it is helped through the gaming centers. People travel here, buy gas, and stay in hotels. I’m sure their tax revenues would go down if we closed.”

No one seems to know why the governor is so opposed to expanded gaming in tribal lands, and his office did not respond to our request for comment.

Flores said that Abbott has consistently refused to meet with them even though they ask as often as twice a week. He made his antipathy to Babin’s bill clear in a 2019 letter to Speaker of the House Nancy Pelosi and Rep. Kevin McCarthy in which he stated that the law was an attack on the concept of federalism and the sovereignty of the state.

That may be a sound legal argument, but it doesn’t shed much light on the governor’s personal opinion on the matter. This stance is made even more muddy by him telling former Woodville Mayor Jimmie Cooley the whole thing was a federal issue, according to Cooley.

The fact is, Abbott has been dead set against expanding gambling in any form in the state for years. In 2015, he came down hard with both feet when the Texas Gambling Commission began exploring the future of online gambling in the state, cancelling fact finding missions and other explorations.

If Babin’s bill passes in the Senate, it could all be a moot point as federal law trumps Texas law. It’s unknown if Cornyn’s opponent, MJ Hegar, would advance or support the bill. Flores has not been able to meet with her, and her campaign did not respond to a request for comment.

The buck passing among top Republicans continues as the tribes struggle for equality.

“People always ask why the governor opposes this, and we don’t have an answer,” said Flores. “I wish that the governor would realize that we employ people, we’re good neighbors, we share with those in need, donate to food banks, help out with issues. I wish he would take a meeting so we could resolve this without the courts. This is draining for the state and for the tribe.”