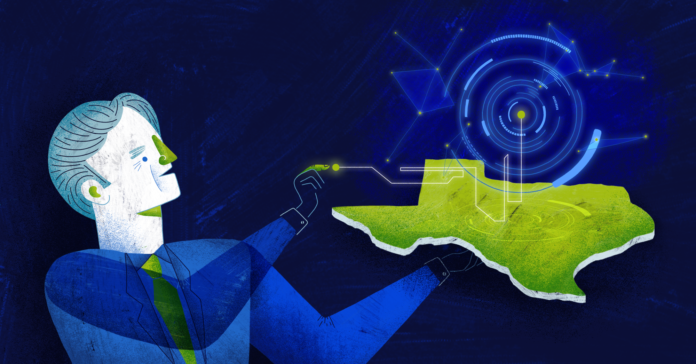 Austin, Texas is at the top of the list for the second year in a row for having one of the country’s hottest job markets, the Wall Street Journal reported this month, and Texas would be the 10th largest economy in the world if it were its own country. Global tech giants such as Apple have been breaking ground in Texas, and Apple started construction on its $1 billion corporate campus in northwest Austin in November. According to a press release from Apple, in Austin there are approximately 7,000 employees and there has been a 50 percent increase over the past five years. The new facility will have the capacity for up to 15,000 employees.

Austin has become globally recognized as a hub of technology innovation and is one of the fastest growing economic metro areas in the country.

Reform Austin previously reported that for decades, elected officials in Austin and local governments have used economic incentive programs to attract and retain jobs in the Texas economy.

Last month, this original story reported on Gov. Greg Abbott’s trip to Israel in regard to the technology industry and Texas being where it’s at.

Texas is hot. Not just in terms of weather, but in commerce, trade, and in recent years, the global technology economy.

Gov. Greg Abbott’s recent tech trip to Israel could be a prime indicator that Texas has become a major player in technology industries.

“We believe that our efforts in partnership with the significant trip of Gov. Abbott will allow us to greatly innovate the Texas economy by driving more Israeli start-up activity here,” wrote Toba Hellerstein, the executive director of the Texas-Israel Alliance, in an email to Reform Austin.

Abbott said during his trip that the broad range of tech startups in Israel — cybersecurity, aeronautics, health care and energy — complement Texas technology industries well, according to reporting in the Jerusalem Post.

The Texas-Israel economic relationship has seemingly been a boon to both governments’ wide scope of technology commerce.

According to the Texas Economic Development Corporation, Texas exports to Israel in 2018 totaled $953.5 million and imports from the Middle East country to the state amounted to $1.5 billion. Foreign direct investment between 2011 and 2018 comprised six projects, $248 million in capital investment and the creation of 934 jobs by five companies.

In September of this year, a direct flight from Tel Aviv to Dallas/Fort Worth International Airport will commence service.

The inception of the symbiotic economic relationship dates back to the 1980s. A program called the Texas-Israel Exchange (TIE) was started in 1985 by both states as a means to collaborate on energy, trade and agricultural projects, according to the American-Israeli Cooperative Enterprise (AICE). The first undertaking was a 100-acre demonstration farm on the Rio Grande in Webb County. Laredo College furnished the land and the Jewish National Fund underwrote a feasibility study for the project.

“Texas and Israel have had an increasingly close economic relationship for over a decade, catalyzed by Governor Perry and the Texas-Israel Alliance, chaired by George Seay,” Hellerstein wrote. “The Texas-Israel Alliance has finalized a $16 million energy center on US-Israel energy collaboration, a $2 million matching R&D agreement with the State of Texas, passed bipartisan water legislation in Texas to promote Israeli water expertise across the state.”

Outside of the Texas-Israel tech relationship, the obvious example of Texas’ importance in the tech sector is Silicon Hills. Austin’s version of Silicon Valley boasts offices—and in some cases, campuses—for Apple, Google, Dropbox, Facebook, IBM and Indeed among many others.

But perhaps the most organic and far-reaching is San Antonio’s contribution to technology. It’s arguably the nation’s cybersecurity capital. The Alamo City possesses the largest concentration of cyber and intelligence workers outside of the Washington D.C. area according to U.S. News & World Report. And Texas has been partnering with Israel in the development of this industry.

“Israel is also the leading cybersecurity nation alongside the US, and Israeli innovative solutions are being deployed in the public and private sectors,” Hellerstein wrote.