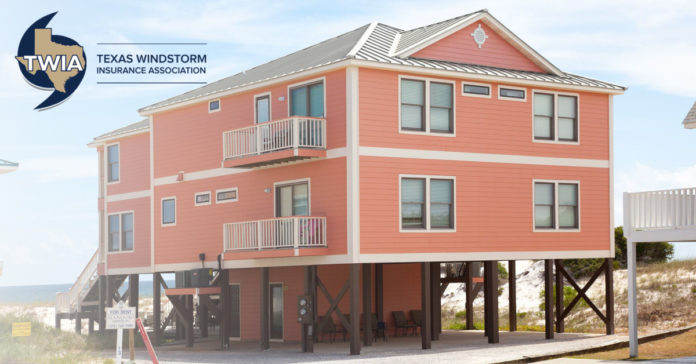 The Texas Windstorm Insurance Association held a meeting on December 10 in Corpus Christi, Texas, to decide if they should approve a controversial rate increase. Ultimately, the matter was tabled and its future remains in limbo after fierce opposition.

TWIA is a quasi-government agency established in 1971 by the Texas legislature in order to provide low-end wind and hail damage coverage to residents in the coastal areas of the state. It is not funded by the general revenue, but is designed to make sure people in the places most at risk to hurricane winds as the big storms land have access to some insurance in places that private companies might be reticent to cover. Any profit generated by the agency is deposited in the Catastrophe Reserve Trust Fund (CRTF).

With TWIA still paying off the effects of Hurricane Harvey to affected Texans, they have sought for months to increase insurance rates for users. In September of last year, TWIA proposed a 30 percent raise, which became 10 percent following negative feedback.

A rate increase of 5 percent was discussed in the last meeting in November, which was met with hostility by protesters and State Rep. Todd Hunter (R-Corpus Christi). The increase was tabled for this month with intentions to study the matter further.

The opposition was just as well organized for this meeting. More than a dozen public commenters appeared to share stories about the hardships they continue to face after Harvey and to say that a rate increase would cause undue burdens.

One commenter claimed there were “people still pooping in buckets” after the storm. Protesters came equipped with signs and special lapel pins made just for the occasion, and arrived in such numbers that an additional room had to be opened to accommodate them.

Public comments were heated, but generally civil. Hunter was on hand once again along with several other elected officials.

TWIA also archived over 1,000 public comments sent to them publicly by email. Some highlights include:

“I am sending this email to protest the [rate increase]. Our rates are high enough, we still recovering from Harvey, and our windstorm policy didn’t pay anything on [sic] for our roof damage even though the adjuster came out and said it was wind damaged. In fact windstorm has denied every claim since we’ve had windstorm after every storm we’ve had, after the adjuster said it wind damaged. So as you can see the ONLY reason we have windstorm is because our bank says we have to have, can’t wait for the day we don’t have a mortgage and can drop it. Voting AGAINST this rate hike.”

“Insurance by more than 40%. This is getting hard for senior citizens to pay this exorbitant prices. WE ARE GETTING INSURANCE POOR. Windstorm is not the only insurance we have to pay for. We never had to pay for insurrance [sic] like this before Rita. We now have to pay for house insurance that only covers fire. Windstorm only covers wind and hail. Car insurance that only covers cars. If you have teenage drivers you pay more. We pay for uninsured motorists. We pay for Flood? Is there windstorms that only occur in the coastal areas? What about tornadic winds [sic]? Why should people who live 30 miles from the beach have to pay so much and those who live further north but in areas where tornadic winds are also present escape paying for this coverage. Please think about those who are on limited income and also the young families and others who have bills other than windstorm. We can’t keep paying these higher increase. Thank you. Please vote against this increase.”

There was much discussion from the board about the need for greater funds to operate the TWIA. Board member Mike Gerik said that the Association dealing with expenses that it didn’t have in the past, and the question was raised about what could be done to reduce expenditures for the association. Recently passed legislation that protects the Association from exposure to lawsuits is also hoped to reduce the cost of operating. True to form, TWIA will be doing a lot of studying in the next several months to present their case for a future increase.

Ultimately, the board decided not to increase the rate until at least August of 2020. The motion was voted down unanimously. They did indicate that another high-damage storm might cause them to address the issue sooner.

Regardless, the rate that has so many coastal residents fired up will again be on the agenda when TWIA meets again in August of next year. If a rate hike is approved, it still wouldn’t go into effect until 2121. In the meantime, TWIA will continue to revise and further examine the ever-evolving final amount of damage done by Harvey.

The total funding secured by TWIA for the 2019 hurricane season was $4.2 billion. Their estimate of the total damage from Harvey is currently $1.7 billion.

The State of Texas has also thrown weight behind fighting rate increases. In July of this year, House Speaker Dennis Bonnen led an effort against the hike that resulted in an 8-month moratorium on rate increases put in place by Governor Greg Abbot.

“Rate increases are never completely off the table and we must again express our strong opposition to proposals that disproportionately burden homeowners over insurers,” said Speaker Bonnen in his statement.