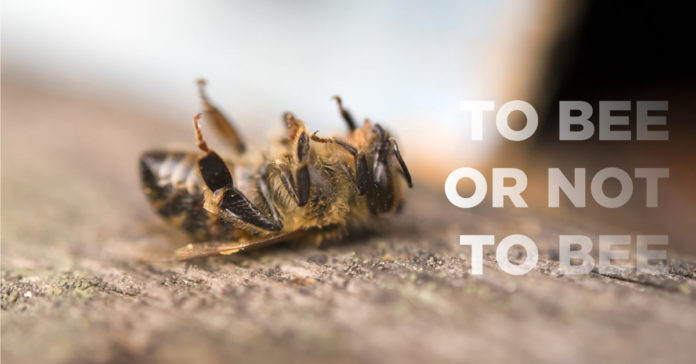 Unfortunately for Texans, the bee population is in trouble. Though many think of bees as creators of honey or a nuisance to avoid, the role they play in our agricultural system is crucial.

Luke Metzger, Executive Director of Environment Texas, says that 90 percent of our food comes from 100 plants, and bees pollinate 71 percent of those plants. Without bees we would be hard-pressed to find some of our favorite foods, so “losing bees loses foods.”

Beekeepers in the United States reported that around 40 percent of the honeybee colonies last winter were lost, representing the greatest loss in 13 years, according to the Bee Informed Partnership.

With domesticated and wild bee populations falling, nonprofit Environmental Texas hopes the legislature can do more to solve the problem; the group brought 12,000 petition signatures to the capital July 25, citing the following concerns: the depleting bee population, harmful pesticides, and the need for the legislature to step in and ban certain pesticides, starting with interim hearings.

In the agricultural business, bees have a significant job as pollinators, which means bee health is directly related to the success of Texas agribusiness. The economic impact of the food sector in Texas is over $100 billion, and bees pollinate crops like almonds, strawberries, coffee, and alfalfa (which is used to feed dairy cows). Dairy has a $248 million dollar economic impact as well with Texas being ranked number six in the nation for milk and milk products.

To preserve the economy and lifestyle of our farming and ranching neighbors, the pollinators must survive. The pesticide believed to harm bees most is neonicotinoids. According to Environment Texas, Texans used about 350,000 pounds on agricultural land last year.

Members of the legislature are aware of the problem. In the last legislative session, Rep. Jessica Farrar (D-Houston), Sen. Jose Rodriguez (D-El Paso), Sen. Jose Menendez (D-San Antonio), and Rep. Mary Gonzelez (D-El Paso) all authored bee related legislation—including HB 2484, HB 2483, HB 136, SB 2170, and SB 2061—most of which were left pending in committee. The bill texts varied from limiting the use of pesticides on public land to creating research and education focused committees.

Nicole Buergers, founder of Bee2Bee Honey and a Texas beekeeper, told Reform Austin that the issues affecting bees are complicated because of the relationship with agriculture. According to Buergers, “Agribusiness has been built upon both chemical use as well as pollination, creating a perfect storm of dependency on both, even though pesticide use harms pollinators.”

Interested in helping the bees? Bee2Bee Honey shared ways Texans can do their own part for our pollinators:

1. Limit or stop the use of pesticides and herbicides in your yard. Do not use mosquito misting systems! Instead use natural pest control methods: bats, ladybugs, composting, etc.

3. Provide a water source for pollinators – a fountain or a bee bog are great sources – pollinators need a lot of water on hot days!

4. If you see a swarm of bees or have bees in a structure, call a beekeeper rather than an exterminator.

5. Support your local beekeepers by buying their honey and products.

6. If you are very serious – join a bee club and consider beekeeping as a hobby!