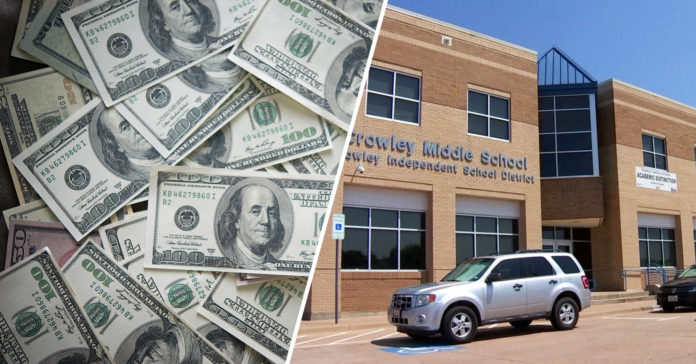 In 1991 one of the big questions the State of Texas faced was whether legislators should allow a lottery to help fund some of the state’s needs. Many supporters of the lottery promised that proceeds could be used to help fund public schools so during the first special session of the 72nd Texas Legislature House Bill 54 and House Joint Resolution 8 called for a vote on the lottery. The following November, Texas voters approved Proposition 11 allowing the institution of the Texas Lottery.

Today we face a similar issue in the state with those who want to allow sports betting. In January of this year House Bill 1121 was filed by Rep. Harold Dutton in the Texas House of Representatives to allow sports betting in Texas. Behind the push for the bill is the Sports Betting Alliance—a coalition of sports betting franchises and platforms. Major sports teams, including the Dallas Cowboys, the Dallas Mavericks, and the Texas Rangers are working with them to ensure that the bill passes.

According to his office, Rep. Dan Huberty is working on another sports-betting bill that would use some of the proceeds for special education.  While 90% of the proceeds would go to bettors the other 10% would go to fund education for special needs students. The bill could “generate several hundred million dollars,” according to Huberty. The bill has currently been drafted but not filed.

Opponents of sports betting in Texas include owners and operators of gambling venues in neighboring states like the Chickasaw and Choctaw Nations from Oklahoma. The two tribes have given over $5 million to Texas legislators since 2006 to stop gambling in the state. An opponent with strong political clout is Lt. Governor Dan Patrick, who recently stated that sports betting is “not even an issue that’s going to see the light of day this session.” While Patrick has let it be known that he is not a proponent expanding legal gaming, he indicated that the Senate is not supportive of it this session, stating “We are nowhere close to having the votes for it.”

But many ask, if sports betting were to pass in Texas, would we use the funds to support public education? How we distribute funds from the Texas lottery may provide a hint. Close to 26% of lottery funds are currently allocated to the Foundation School Fund to support Texas public schools, accounting for about 5% of the funds budgeted for public education. The lions’ share of lottery proceeds – around 62% go to lottery winners. Historically, at least some lottery proceeds have gone to public schools. Whether it is the amount that was promised by some or expected by many is another story.

Finally, some wonder if we should use gambling proceeds for public schools from a moral standpoint while others feel the additional revenue outweighs and such problem. An old joke tells the story of a gambler offering a portion of his winnings to a minister. The preacher pondered it for a moment and then said, “The devil has had it long enough. Give it here!”