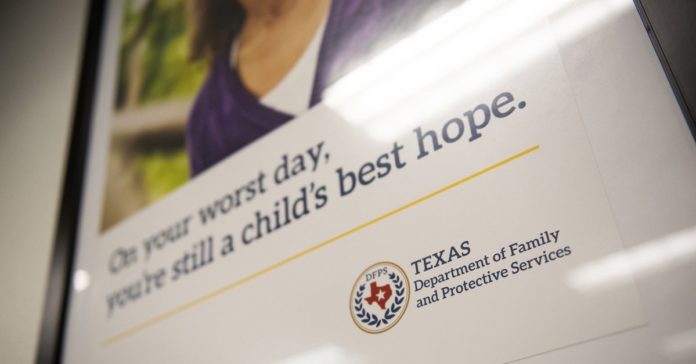 On an April morning just two months shy of his fourth birthday, A.B., a toddler, was found unresponsive on the floor of his foster home, bleeding from his ear, with other injuries suggesting he may have been physically abused.

Starting in March, no fewer than four reports had been made to the state’s welfare agency alleging that the child’s caregivers were inattentive and abusive, and the child’s birth mother had sent a photograph of an injury to state workers. A.B., who was referred to in court documents by only his initials, had missed day care several times, and witnesses reported scratches, a hip injury, a black eye and facial bruising. One such report, initially marked as a top priority by a worker with the state’s child welfare agency, was downgraded to a lower priority days later by a different unit in the agency.

After two abuse investigations, Texas’ child welfare workers did not remove the child from the home. They removed A.B.’s 1-year-old sibling only after A.B. had died.

It has been nine years since children’s advocates sued Texas over its dismal treatment of kids in state care, and nearly five years since a federal judge ruled that Texas violated foster children’s constitutional rights, writing that they “often age out of care more damaged than when they entered.”

A.B.’s story is one of countless atrocities and violations detailed over hundreds of pages in a major new report issued this week by independent federal monitors appointed to scrutinize Texas’ child welfare system as part of the long-running litigation.

In their 363-page report, the monitors — Kevin Ryan, a former New Jersey commissioner of the Department of Children and Families, and Deborah Fowler, executive director of the nonprofit Texas Appleseed — report that years after U.S. District Judge Janis Jack ordered sweeping changes, “the Texas child welfare system continues to expose children in permanent managing conservatorship to an unreasonable risk of serious harm.” They described “a disjointed and dangerous child protection system, inefficiently and unsafely divided between two state agencies [the Department of Family and Protective Services and the Health and Human Services Commission], where harm to children is at times overlooked, ignored or forgotten.”

“The State’s oversight of children’s placements is in numerous instances lethargic and ineffective,” they wrote. “Operations with long, troubled histories of standards violations and child abuse allegations remain open and are permitted to care for vulnerable children, some of whom are then hurt. The prevalence of physical restraints and injuries to children in some facilities is simply shocking, as are the numerous instances where DFPS staff document that the agency does not know where children are placed.”

Jack appointed the two monitors to serve as her eyes and ears, helping her to supervise the system for “an indefinite period of time.” In November, Jack held the state in contempt of court for failing to comply with some of her orders and made clear that based on initial information from the monitors, she no longer found the state’s child welfare agency “to be credible in any way.”

The report is the result of months of examining tens of thousands of documents, data from hundreds of thousands of phone calls, dozens of announced and unannounced site visits, and scores of interviews with case workers and other caregivers. The monitors document numerous court orders that Texas failed to accomplish.

The lawsuit concerns a class of some 11,000 children who are in the state’s care, whether they live in foster homes or group facilities. Over the last decade, Texas’ beleaguered Department of Family and Protective Services has been stretched thin, with children sleeping in offices amid insufficient placements and even dying on the state’s watch. During the 2017 legislative session, lawmakers poured an additional $500 million into the agency, boosting pay for case workers and hiring more.

But problems have persisted, as Jack has ruled since those reforms.

“The No. 1 objective of this whole lawsuit is to force the state to keep the children safe. Instead, what we see in the very first major report by the monitors is continuing unsafe conditions. Children are being hurt, children are dying in state care, and they’re crying out — making reports and being ignored,” said Paul Yetter, a partner with Yetter Coleman in Houston who represents children in the class-action lawsuit.

Judging from the report, “the system has not improved at all,” Yetter said, and “it’s not even clear that the state’s trying to improve.”

Attorneys representing the state will have an opportunity to respond to the monitors’ findings. A spokesperson for the Texas attorney general’s office said she was unable to comment on the substance of a pending matter.

Asked about the report at a press conference Tuesday afternoon, Gov. Greg Abbott said he hadn’t had a chance to dig into the report and so “can’t tell or know what [the monitors] are saying or how we are coming up short.”

Touting reforms made in 2017, he added, “if there are ways we can improve upon what we have already done, we’ll do it.”

Including A.B., 11 children died in state care between July 31, 2019, and April 30, 2020, according to the report. In three of those cases, the monitors found “numerous, missed opportunities by the Texas child welfare system to protect the children … and substantial gaps in care that exposed the children to risks of serious harm.”

C.G., a 14-year-old, killed herself in the bathroom of a shelter after she was discharged from a psychiatric hospital to a shelter with a troubled regulatory history, the monitors reported. Because C.G. was at risk for self-harm, she was supposed to be monitored at all times, but she had been alone in a bathroom for 30 minutes before staff discovered her.

The report found that much of the harm to children was allowed to persist by delayed or insufficient investigations into allegations of abuse.

Texas often moved too slowly when investigating abuse and neglect allegations, sometimes leaving children at risk of harm, the monitors found. Top-priority child abuse investigations are supposed to be initiated within 24 hours, but nearly a third weren’t. Seventy-nine percent of priority one and two child abuse investigations were not completed on time. Many of these lags and delays violated orders the judge had given in earlier stages of the case.

These “inappropriate downgrades of referrals represent a significant, systemic failure that increases the risk of serious harm to children,” the monitors’ report states. “When referrals are not investigated as child abuse, neglect or exploitation, but instead are relegated to a regulatory investigation, alleged perpetrators can continue perpetrating.”

The monitors identified one staff member who was accused of physical abuse 10 times, including punching a child in the eye, choking another and throwing a third against a wall. The staff member was terminated after a four-month investigation, but remained eligible to work at other homes, and continued to do so.

Sometimes, the report states, the state failed to investigate reports that children were abused in foster care. In many cases when investigations were determined to be unnecessary, state workers had not even shown evidence that they had conducted a review of any past allegations about that home.

Even the home reviews that did take place were sometimes “deeply concerning,” the monitors wrote. In January, state workers received reports about two brothers in the same foster care placement. The older brother, 11 years old, reportedly had a “whelp” on his neck and was unable to explain how the injury occurred. The younger sibling reportedly had seemed depressed and cried excessively, with what looked like a belt bruise on his face or neck. Both brothers had been seen with black eyes.

But the caregiver denied any wrongdoing, and the state downgraded the reports to a “priority none,” noting that based on the information from the caseworker, “there is nothing to state abuse or neglect occurred.” Records for the foster home show 13 instances of similar allegations.

The report also found that:

After Texas has a chance to respond to the report, Yetter said his team hopes the judge will find Texas in contempt of court for continuing to violate her orders.