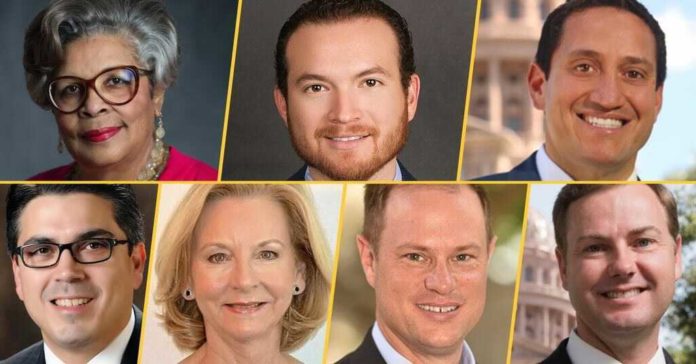 State Rep. John Cyrier (R-Lockhart) announced Friday that he is dropping out of the competition and will be supporting Geanie Morrison (R-Victoria).

“At this time it is abundantly clear that she is the right person to be speaker of the House, Cyrier stated. “She has the leadership capabilities and the experience to bring the House together next session to do the important work of the people, and it would be an honor to elect my good friend, Geanie Morrison, as the first female speaker of the Texas House of Representatives.”

Seven people, four Republicans and three Democrats, have announced their intentions to run for speaker of the Texas House.

The Republicans are state Reps. Trent Ashby of Lufkin, Chris Paddie of Marshall, John Cyrier of Lockhart and Geanie Morrison of Victoria.

More candidates are likely to emerge in the coming days, especially after Tuesday’s election, when it will be clear which party will have control of the House.

Following a scandal in 2019, current House Speaker Dennis Bonnen announced he would retire at the end of his first term.

The House will choose the next speaker when the 2021 legislative session begins in January.