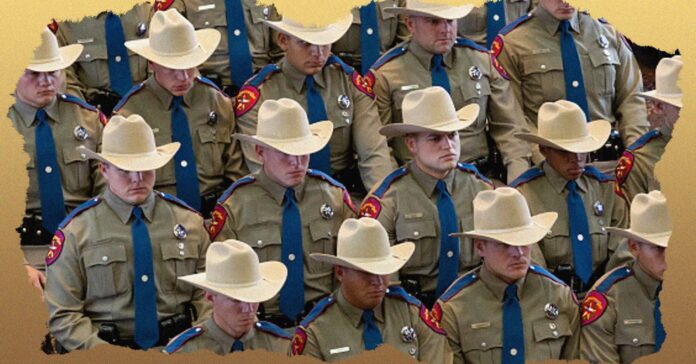 Local drivers in Latino-heavy border counties are being pulled over more by officers searching for smugglers and people who’ve slipped across the border since the start of Operation Lone Star. Operation Lone Star is Gov. Greg Abbott’s attempt to thwart illegal immigration in search of improving his popularity during this election year. Nevertheless, Abbott’s electoral strategy has filled some border counties with state highway troopers. According to an analysis of NBC News and Texas DPS, the increase of Texas Department of Public Safety troopers has provoked an increase in citations of drivers in Latino-majority counties.

For example, in Kinney, driver citations more than quadrupled in a year, from 1,400 to 6,800. Other examples of these dramatic increases in citations can be located at Zabala, La Salle, and Maverick. All four of these counties have a Latino-majority population and are located at or near the Mexican border. According to NBC News, among Latino-majority counties on or near the border, the presence of troopers increased by 92%, while in white-majority counties on or near the border increased by 60%.

Local civil rights groups have raised their voice and criticized the fact that residents of these small towns are being pulled over without any probable cause or explanation. The American Civil Liberties Union and Texas Civil Rights Project have formally complained to the U.S. Department of Justice urging an investigation of Abbott’s strategy. These organizations outline “the unlawful elements of Operation Lone Star under which Texas law enforcement officers target migrants for arrest, jailing, and criminal prosecution for the state criminal offense of trespassing.”