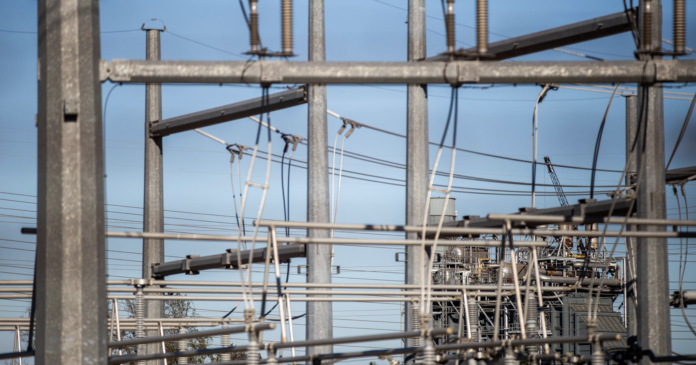 The U.S. Department of Energy has cleared the way for Texas power plants to pollute more than is usually allowed, such as by burning dirtier fuel oil instead of natural gas, to keep the electricity on through Christmas morning.

The Electric Reliability Council of Texas, which operates the state’s main power grid, asked for permission to exceed normal federal air quality restrictions after underestimating the demand for power during this week’s subfreezing temperatures. Such a request is not unusual during emergencies, experts said.

Plants will be able to take advantage of the waived requirements only if ERCOT issues a level 2 or higher energy emergency alert, which includes asking residents to cut back power and interrupting large industrial customer’s electricity, according to the letter. At least one environmental advocate applauded the specificity of the request.

So far, such measures haven’t been taken and the state’s power grid has withstood arctic temperatures through much of the state nearly two years after a catastrophic and deadly electricity outage.

On Saturday afternoon, ERCOT thanked crews for keeping the grid running and said it expects power supply to keep up with demand.

“We continue to closely monitor and expect sufficient generation to meet demand,” the tweet said. “If you have an outage, please contact your local provider.”

With power demand reaching an unexpected high Friday, some power production went offline, according to ERCOT officials. Units that produce about 11,000 megawatts of thermal power (which includes natural gas and coal), 4,000 megawatts of wind power and 1,700 megawatts of solar power were down or scaled back Friday, the state grid operator told federal officials in a letter Friday. The Houston Chronicle first reported ERCOT’s request to the Energy Department.

“ERCOT does not lightly request this authorization,” ERCOT President and Chief Executive Officer Pablo Vegas wrote to Secretary of Energy Jennifer Granholm. “It understands the importance of the environmental permit limits that are at issue. However, in ERCOT’s judgment, the loss of power to homes and local businesses in the areas that may be affected by curtailments presents a far greater risk to public health and safety than the temporary exceedances of those permit limits that would be allowed under the requested order.”

Most of the power generators that were down or scaled back Friday were expected to be online again within 24 hours, according to ERCOT. But if they did not return, or if there were additional power production outages, the grid operators warned that they might need to find other ways to limit power usage, including requesting Texans conserve power during frigid temperatures as many are celebrating Christmas.

Federal officials granted the request Friday and issued an emergency order that will allow plants to operate regardless of air quality limits in certain circumstances. The Texas Commission on Environmental Quality on Thursday also agreed to “provide enforcement discretion” in cases where emissions limits were exceeded, according to ERCOT.

University of Houston energy economist Ed Hirs said the federal request indicated natural gas supply could be shaky. Such an order was also issued during the February 2021 freeze as electricity demand surged and power was cut to residents across the state. During that storm, operators struggled to keep online the natural gas plants that are the dominant power source during Texas winters.

Federal officials will require ERCOT to report emissions data for any plants that operate under the provisions. At least one power generator told ERCOT that emissions limits for nitrogen oxides, carbon monoxide and ammonia were holding it back. The federal officials will also look at how much particulate matter, volatile organic compounds and sulfur dioxide are emitted.

The Department of Energy in a statement said it issued the emergency order to help “ensure reliable power supply for Texans during ongoing extreme weather conditions. This emergency order will require ERCOT to provide detailed reporting to DOE and completion of a post incident Special Environmental Analysis.”

Environmental advocates questioned why more wasn’t done to ensure more power producers and related companies winterized electricity infrastructure and had backup power generators before taking this step to allow for more pollution. There should not have to be a choice between upholding environmental law and keeping the lights on, they said.

“It seems that every time we have a weather emergency, regulatory agencies like ERCOT ask for permission to pollute,” said Jennifer Hadayia, executive director of Air Alliance Houston.

Public Citizen Texas Office Director Adrian Shelley said ERCOT could have done so much more to help lower peak demand and pollution, for example by increasing the standard for energy efficiency in businesses and homes.

“Instead, because we haven’t made that investment, we’re forced into another bad decision during an emergency,” he said.

Disclosure: Air Alliance Houston and University of Houston have been financial supporters of The Texas Tribune, a nonprofit, nonpartisan news organization that is funded in part by donations from members, foundations and corporate sponsors. Financial supporters play no role in the Tribune’s journalism. Find a complete list of them here.