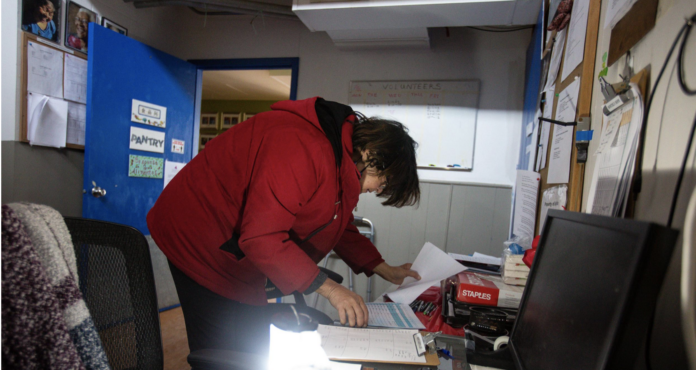 Forget the political back-and-forth about the state of the electric grid in Texas, the assurances that the power won’t go off during extreme cold or heat, and the fears that it might.

Think instead about the underlying problems that made it possible for the grid to fail in February 2021, killing at least 246 Texans and leaving millions more without heat and light during a polar vortex that lasted almost a week.

Top elected officials and the Texas Legislature solved some of that last year, but didn’t get the job done, exposing the state to a repetition of 2021’s disaster should another storm of the same strength come along.

That also leaves voters the job of demanding more work on the grid’s deficiencies, better regulatory safeguards and the hope they can push the elected class to secure one of the most basic human needs: shelter.

The state’s response — detailed in a terrific primer on how the grid and its regulators operate by The Texas Tribune’s Mandi Cai, Erin Douglas and Mitchell Ferman — left out one of the main reasons the power failed last year: The supply of natural gas needed to fuel many of the electric plants in Texas wasn’t reliable in those freezing temperatures. The plants couldn’t produce the power the situation demanded. Electricity needed to keep the gas flowing wasn’t available because the gas wasn’t getting to the power plants.

The electric providers didn’t have a clear map last year of where to keep the power running, and unwittingly cut power to critical gas providers. Those providers, like a lot of the power plants, weren’t equipped to keep operating in harsh weather.

What was supposed to be a compact — you-keep-us-warm-and-we’ll-keep-you-running — failed. That virtuous circle was broken, and the lights and heat went out.

Lawmakers required power plants to upgrade their protections against freezing weather, and they required the gas providers to let electric plants know where electricity is needed to keep the fuel coming during freezes. But the state hasn’t required gas providers to weatherize — and it also hasn’t finished that map of which places need to continue to get electric power during blackout events.

The grid held up during the only real widespread freeze this winter, weather that wasn’t as severe as the 2021 storm. And if the state remains on track, it should have rules for weatherizing natural gas facilities next fall.

The debate over the financial fallout is still underway — in state policy circles, in bankruptcy courts and businesses, and in this election year’s political campaigns. The state has lowered the maximum charges for power during emergencies to $5,000 per megawatt-hour from $9,000 a year ago.

But the effects of the price spikes linger — notably in the bankruptcy of Brazos Electric Power Cooperative, which contends its $1.9 billion bill from the storm resulted from the $9,000-per-megawatt rates allowed by the Electric Reliability Council of Texas last year. Brazos and ERCOT have been ordered by a federal bankruptcy judge to try to mediate their differences.

ERCOT’s former chief, Bill Magness, testified the prices were left in effect on orders from Gov. Greg Abbott, who put ending the blackouts ahead of lowering the price.

Those prices have seeped into the race for governor, with Democrat Beto O’Rourke accusing Energy Transfer, a natural gas provider, with reaping a windfall during the storm because of Abbott’s decision, and noting a $1 million political contribution to Abbott sometime later.

The head of Energy Transfer, Kelcy Warren of Dallas, sued O’Rourke, calling that a “relentless and malicious attack,” and alleging defamation, slander and libel.

Whether the grid is the subject or not, that political fight has another eight months of life in it.

Securing the state’s electric grid will take longer — into next winter, and beyond. They had a chance during the regular and special sessions last year, and made some progress. But lawmakers still have a lot of work to do.

Disclosure: Energy Transfer has been a financial supporter of The Texas Tribune, a nonprofit, nonpartisan news organization that is funded in part by donations from members, foundations and corporate sponsors. Financial supporters play no role in the Tribune’s journalism. Find a complete list of them here.