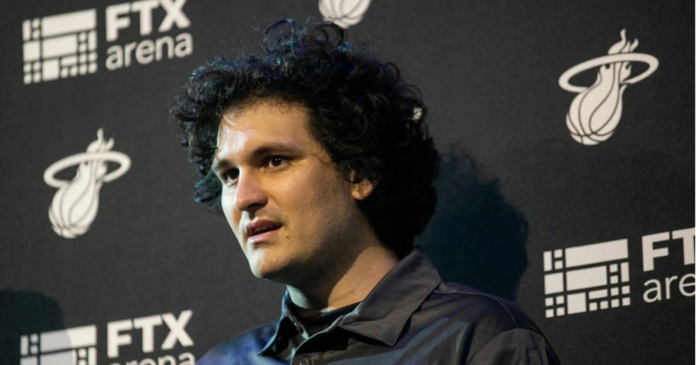 Bankman-Fried founded FTX, a cryptocurrency exchange that was valued at $32 billion before collapsing abruptly in a matter of days earlier this month, setting off an industrywide panic. Many customers of the popular crypto platform may lose all or part of the money they invested. O’Rourke’s team said they returned the million-dollar donation a week before FTX filed for bankruptcy and Bankman-Fried stepped down as its chief executive, but that the decision was made prior to Nov. 4 and took time to execute.

Chris Evans, a spokesperson for O’Rourke’s campaign, said the reimbursement of one of the largest checks to O’Rourke’s gubernatorial campaign was unrelated to the scandals linked to Bankman-Fried’s now flailing cryptocurrency exchange.

He said the money, which was received on Oct. 11, was returned because the donation was unsolicited. Unlike other large donations, O’Rourke had not talked with Bankman-Fried prior to the donation, and the large sum took the campaign by surprise, Evans said.

“This contribution was unsolicited and the campaign’s upcoming [Texas Ethics Commission] report will show that it was returned back on November 4, prior to the news stories that would later come out about the donor,” he said.

FTX has been under scrutiny since September when Bloomberg reported how interconnected the company was with Alameda Research, a trading firm which Bankman-Fried also founded. On Nov. 2, two days before O’Rourke’s campaign said they gave the donation back, CoinDesk reported that much of Alameda’s assets were made up of a cryptocurrency token issued by FTX, its sister company. That report largely set off a run on FTX that culminated with its filing for bankruptcy on Nov. 11.

FTX is now being investigated by the Securities and Exchange Commission and the Department of Justice over whether it used billions of dollars in customer funds to prop up Alameda Research. The Texas State Securities Board is also looking into whether FTX illegally offered unregistered securities to Texans through its yield-bearing cryptocurrency accounts.

Nonetheless, his quiet return of the donation means O’Rourke has dodged the ethical headache bearing down on other candidates nationwide and in Texas who took money from the tech billionaire and his associates.

Bankman-Fried was O’Rourke’s top donor during the fundraising cycle spanning from July 1 to Sept. 29, but even without his donation O’Rourke was a formidable fundraiser, coming in at around $77 million for his entire campaign. O’Rourke had at least three other seven-figure donors, including the Democratic megadonor George Soros.

O’Rourke also received $100,000 from Nishad Singh, FTX’s director of engineering. O’Rourke’s campaign did not respond to a question about whether they also returned that donation.

Prior to FTX’s collapse, Bankman-Fried, 30, was seen as a cryptocurrency wunderkind and a positive influence on the industry who was anxious to shape its regulation. He and others tied to FTX were prolific political donors to both Democratic and Republican candidates. Bankman-Fried is one of President Joe Biden’s biggest donors, contributing more than $5 million to his campaign in 2020.

In total, Bankman-Fried donated $40 million to Democrats, according to Open Secrets, while another FTX executive, Ryan Salame, donated $23 million to Republicans.

Aside from O’Rourke, a number of Texas congressional candidates also received money from Bankman-Fried or his affiliates.

Crockett, who was part of a competitive primary election to replace longtime Dallas Rep. Eddie Bernice Johnson, also benefited from $1.4 million in spending from the Protect our Future super PAC, a political action committee that was mostly funded by Sam Bankman-Fried.

U.S. Rep.-elect Greg Casar, a Democrat and former Austin City Council member, received a total of $6,800 in donations from Singh and Gabriel Bankman-Fried, according to records.

Representatives for De La Cruz, Garcia and Jackson did not return a request for comment.

Gov. Greg Abbott, a Republican who defeated O’Rourke earlier this month, has been critical of Bankman-Fried’s donations to the Democrat.

“This Madoff-Style evaporation of customer’s money should be a crime,” he tweeted. “Candidates who received this tainted money should return it so that innocent customers of FTX can get some of their money back.”

Politicians across the country have struggled over what to do with funds they received from Bankman-Fried and others tied to FTX.

Major Democratic figures like U.S. Sens. Dick Durbin of Illinois and Kirsten Gillibrand of New York have said they would give the donations they got from Bankman-Fried to charity. Durbin received $2,900 and Gillibrand received $16,600. Republicans, like U.S. Rep. Kevin Hern of Oklahoma, have also opted to donate their contributions to charity.

“What we’ve seen in the past with donations from people who’ve raised controversy in the news is generally politicians try to separate themselves from those people. They don’t want to be seen as beneficiaries of their largesse,” said Jordan Libowitz, a spokesperson for Citizens for Responsibility and Ethics in Washington. “Here’s a guy who took a bunch of money and ‘We’re going to give his money back’ doesn’t always play that great. So we often see this kind of thing, an equal amount being donated to a charity that the candidate supports.”

As more politicians start giving the donations back, Libowitz said, it increases the pressure on those who haven’t opted to do so.

Jon Taylor, a political scientist at the University of Texas at San Antonio, said giving the money back is the smart political move.

“It will assuage your guilt and make you sleep better at night and it looks good to do so,” he said.

But he said it is also important for politicians to put distance between themselves and the controversial figure.

“You stiff-arm him and essentially say, ‘Yeah I got a contribution from him and I didn’t know him well and I’m not familiar with this cryptocurrency stuff and I’m really sorry for all the people who lost their money and I’m going to do my part with the small donation I got for my campaign,’” he said.

Carla Astudillo contributed to this report.

Disclosure: University of Texas at San Antonio has been a financial supporter of The Texas Tribune, a nonprofit, nonpartisan news organization that is funded in part by donations from members, foundations and corporate sponsors. Financial supporters play no role in the Tribune’s journalism. Find a complete list of them here.