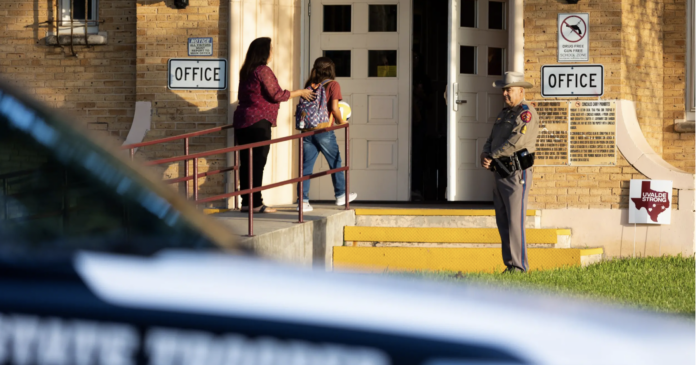 The families of three children who survived the Uvalde mass shooting in May have filed the first lawsuit in a federal court against the Uvalde school district, law enforcement officials, gun makers and others, alleging that their negligence and failures contributed to the massacre.

The suit was filed Wednesday in Texas’ Western District Court and is seeking undetermined damages. One of the children in the lawsuit was wounded in the shooting and was best friends with one of the students killed, according to the lawyers.

“We are after accountability and damages, and because my plaintiffs are young, they will have to deal with the trauma of what they went through,” said Stephanie Sherman, the families’ lawyer. “It’s just a perfect soup of lack of care, and I can’t help but think this poor community was not protected in any way.”

In all, the suit names 10 defendants, including the city of Uvalde and the since-fired school district police chief, Pete Arredondo.

The defendants could not be immediately reached for comment.

About a month ago, another law firm served the Uvalde school district with a $27 billion claim over the May 24 shooting at Robb Elementary School that left 19 children and two teachers dead.

This is a developing story; check back for details.