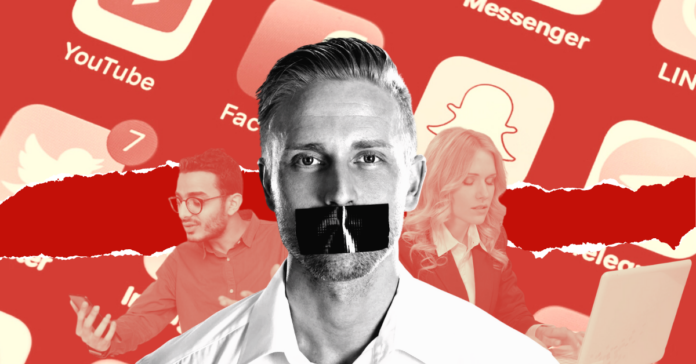 In one of the most baffling and legally ridiculous ruling in the history of law defining the online space, the Fifth Circuit of Appeals upheld a Texas law that prohibits social media platforms with more than 50 million users from prohibiting any content on their site. The ramifications for free speech on the internet are horrific.

The case, NetChoice v. Paxton, comes from a law passed last year amid a slew of far-right nonsense bills. Under the delusion that Republicans are being censored by companies like Facebook and Twitter, it makes it illegal for those companies to restrict content in their terms and services. Many prominent Republicans, including former President Donald Trump, have lost accounts over the years thanks to the spreading of dangerous misinformation and encouraging outright treason against the United States on their profiles.

Techdirt founder Mike Masnick gives some wonderful examples about how this law would literally break the internet as we know it. For instance, simply updating any Wikipedia article could either fall afoul of the law or be protected by it no matter how wrong the information provided might be. The author is reminded of a time he was checking for a date of release for a Sarah Michelle Gellar movie on Wikipedia and found that someone had edited her page to say she had been arrested for zoophilia. Under the strictest interpretations of the Fifth Court ruling, whoever added this might now be constitutionally protected.

Speaking as an expert on extremist behavior on the internet, the implications are catastrophic for anyone who knows anything about how online harassment and disinformation works. Wide-scale permission for organized hate mobs to infiltrate sites like Wikipedia and IMDB and have their contributions stand without challenge will cede the entire reference part of the internet to the most violent, hateful people. Any attempt to create new spaces where such things aren’t tolerated will be in vain as the law would also protect invasion of those sites. Truth would become the domain of whoever can browbeat the others to silence regardless of veracity.

During the darkest days of the COVID pandemic, hosts like Twitter, Facebook, and YouTube began cracking down on dangerous conspiracy theories that prolonged the outbreak and likely caused the deaths of thousands. Newly minted pop media grifters like Bret Weinstein launched entire careers based on lying about the danger and efficacy of vaccines and the benefits of ivermectin. Once the official backlash to the falsehoods started, so did the martyrdom, claiming to be cancelled.

Republicans see the silencing of lies as censorship. However, an unmoderated forum will always devolve into fascism and deadly untruths, and that in turn silences countless other people who either flee the space for their safety or die from taking the irresponsible falsehoods at face value. Forums require policing if there is to be any decency or truth to be found on the internet. The Fifth Circuit ruling, driven by Republican ideology, clearly wishes that decency and truth be optional, of present at all.