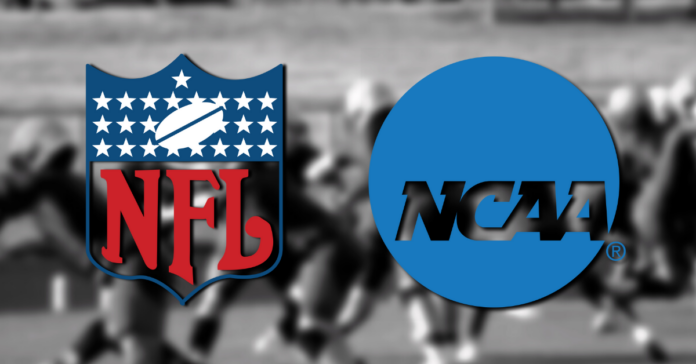 The lights shine brightest on Friday nights in Texas, as the number of the state’s high school players that go on to play in the NCAA and NFL is the most in the nation this season, and boasts some of the game’s biggest stars.

On those nights, all across the state, entire towns shut down to attend the games, and windows, marquees and automobiles are decorated in order to show support for the teams.

The oil economy and subsequent funding, along with the social importance placed on high school football in Texas was highlighted in the 1990 book “Friday Night Lights: A Town, a Team, and a Dream,” written by H. G. Bissinger.

According to the NFL’s Play Football website, Texas surpassed Florida, contributing the most players to the league this fall with 199. Rounding out the top four states are Florida with 185, California at 166, and Georgia, 151.

The Texas city with the most NFL players is Houston, which tied with Miami, Florida, each contributing 19 NFL players, per ESPN’s Adam Schefter.

The Texas economy, driven by its energy industry, is one of the keys to the state’s high school football success. That level of play is regarded as the foundation for college and pro football. These programs thrive on the funding derived from the state’s tax base, which allow the schools to have some of the best athletic facilities in the nation, according to Sports Illustrated.

Some would say this is an unfair advantage over states which do not have a powerful state economy to support high school funding for athletics.

In Texas, even smaller high school programs have turf fields and/or an indoor practice facility. Famed football program Southlake Carroll has three outdoor turf fields, and an indoor turf field that has been used by the Dallas Cowboys.

Regardless, Texas players are some of the brightest stars on NFL fields over the past few seasons. The Kansas City Chiefs Super Bowl 54 MVP and winning Quarterback Patrick Mahomes, born in Whitehouse, Texas, is a perennial NFL MVP candidate. He played his college football at Texas Tech for the Red Raiders.

Other Texan NFL stars such as Denver Broncos Super Bowl 50 MVP Von Miller, born in Dallas, and was a star for the Texas A&M Aggies during his college career. Quarterback Nick Foles, born in Austin, led the Philadelphia Eagles to the franchise’s first Super Bowl title in Super Bowl 52, and earned him the game’s MVP award.

Regarded as one of the greatest kickers of all time, Houston born Justin Tucker is the NFL’s most accurate Kicker at 91.1 percent, and he holds the NFL record for the longest field goal at 66 yards. Tucker played his college football for the University of Texas Longhorns.

Texas contributes a significant number of talented players to some of the biggest brands in NCAA College Football, including the University of Alabama and Ohio State University, per Bleacher Report. Historically, Texans have also made up large numbers of the University of Oklahoma rosters, including 2017 Heisman Trophy winning Quarterback Baker Mayfield, a native of Austin. He now plays for the NFL’s Carolina Panthers.

Other states contributing large numbers of top talent to the NFL are Ohio with 74, Louisiana 71, Alabama 61, Pennsylvania 57, North Carolina 55 and Illinois with 53, according to maxpreps.com.