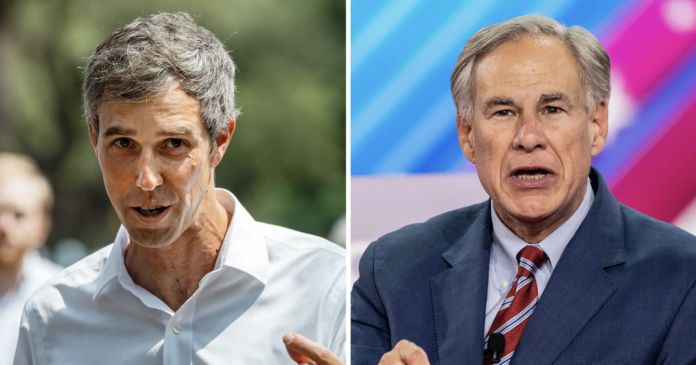 O’Rourke said he would debate Abbott in the Valley but did not commit to the Sept. 30 debate. Without ruling it out entirely, he also called for three “town hall-style debates.”

The perennial debate over debates kicked off Tuesday afternoon, when Abbott’s campaign announced he had accepted an invitation from Nexstar Media Group to debate O’Rourke on the evening of Sept. 30 at the University of Texas Rio Grande Valley in Edinburg. Abbott’s campaign called it “the one and only gubernatorial debate of the 2022 election,” implying it is the only one he is willing to do.

O’Rourke’s campaign responded a little over an hour later.

“We looked forward to attending a forum hosted by Nexstar Media Group in the Rio Grande Valley at a mutually agreed upon date and time, but one debate in one community for the entire state of Texas is not nearly enough,” O’Rourke spokesperson Chris Evans said in a statement.

The O’Rourke campaign said it additionally wants Abbott to “participate in three town hall-style debates in every region of the state during weeknights this fall where they can take questions directly from their fellow Texans.”

Abbott’s choice of the evening of Sept. 30 — a Friday evening in the fall — is a timeworn tactic of incumbents looking to agree to a debate when not as many Texans are paying attention as they would on other nights of the week.

Abbott’s campaign said the Sept. 30 debate “will be available in every media market, and on Spanish language stations throughout Texas.”

When O’Rourke ran against U.S. Sen. Ted Cruz, R-Texas, in 2018, they had a monthslong back-and-forth over debates. They ultimately agreed to three, though one of them did not happen because of the Senate confirmation battle over Supreme Court Justice Brett Kavanaugh.

Abbott’s campaign has long kept the door open to debating O’Rourke, especially in the event of a competitive race. Recent polls have shown O’Rourke trailing Abbott by 5 percentage points, and O’Rourke outraised Abbott in the latest fundraising period, though Abbott still has nearly double cash on hand.

“It depends,” Abbott strategist Dave Carney said in March when asked if the governor would debate O’Rourke. “If it’s a competitive race, maybe. If it’s not, probably not.”

The election is Nov. 8 and early voting begins Oct. 24.

Disclosure: The University of Texas Rio Grande Valley has been a financial supporter of The Texas Tribune, a nonprofit, nonpartisan news organization that is funded in part by donations from members, foundations and corporate sponsors. Financial supporters play no role in the Tribune’s journalism. Find a complete list of them here.