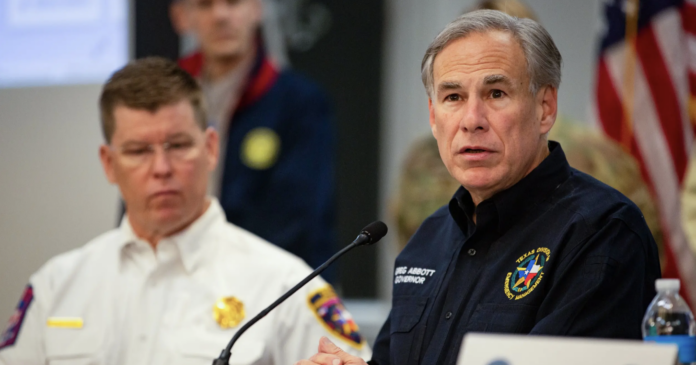 When Brad Jones was tapped as interim CEO of the nonprofit that runs the state’s power grid following the deadly February 2021 winter storm that left most of Texas without power for days, he said he would help stabilize the grid and get it through the summer. Jones was clear that he wasn’t interested in keeping the job long term.

Now, 15 months after Jones became interim CEO — and more than a month after the June target date when Jones had told colleagues and conference crowds that he wanted to step down — the Electric Reliability Council of Texas’ new board of directors still has not selected his successor.

Eight sources from across the power industry who spoke to The Texas Tribune say Gov. Greg Abbott — who has no formal role in the process — has put a stranglehold on the CEO search.

The board of directors, installed by a group of three people who are appointed by the governor, lieutenant governor and House speaker, and a contracted search firm have presented CEO candidates to Abbott for final say, according to three sources who spoke to the Tribune on the condition of anonymity to discuss the sensitive issues.

The governor has already vetoed Steve Berberich, a Texan who was vice president of Irving-based TXU Energy and later became CEO of California’s power grid operator and who appeared to have strong support from both the power industry and ERCOT’s board of directors, two people familiar with the matter said.

“The only explanation we got was because he came from California,” said a power industry source familiar with the discussions about Berberich. “Obviously California has its share of problems, but you can’t argue with his qualifications.”

This level of involvement by the governor in ERCOT’s hiring process — and in its public communications — is extraordinary in the nonprofit’s 52-year history, numerous sources told the Tribune.

“He has total veto power,” one of the sources familiar with the process said of Abbott.

By the time Jones took over ERCOT two months after the catastrophe, Abbott’s office had begun dictating what — and whether — information about the power grid was released to the public by ERCOT, an unprecedented move by a Texas governor, according to current and former energy company directors, power grid employees, longtime energy analysts and consultants who spoke to The Texas Tribune.

After the storm, ERCOT’s public messaging quickly dwindled even as public anxiety about the grid’s reliability soared: Jones has held few press conferences — and when he has, they have almost always been alongside his boss, Public Utility Commission Chair Peter Lake, whom Abbott appointed to replace another leader who left in the post-winter-storm purge.

“The governor is not just reviewing and editing [ERCOT’s public statements]. He’s telling ERCOT whether or not they can release grid information at all,” said a former senior ERCOT employee who spoke candidly about the matter on the condition of anonymity. The source said “it means information is potentially not getting where it needs to go, and that means Texans aren’t hearing what they need to hear.”

At times since the winter freeze, the governor’s office examined press releases and other communications ERCOT had prepared to put out to the public and made changes “if they were uncomfortable with the language,” the former employee said. Before the freeze, the governor’s office was barely involved at all in ERCOT’s public communications, four people familiar with the process said.

ERCOT’s social media posts have also dwindled: In the four months before February 2021, ERCOT posted 41 times on Facebook, a mix of regular grid updates, job postings and statements from its executives about the grid. In the 17 months after, ERCOT has posted only 31 times on Facebook; the same trend has played out on ERCOT’s Twitter account.

“The National Weather Service is on Twitter every day or in the newspaper or on Facebook — there are a thousand ways to reach people where they are,” said Alison Silverstein, a former senior adviser at the Public Utility Commission of Texas, which regulates ERCOT. “The point is to provide so much information that people stop thinking you’re hiding stuff and they stop looking behind every lamp post and stop being suspicious about what you’re not telling them.”

Silverstein, who also used to work for the Federal Energy Regulatory Commission, said grid operators routinely give U.S. governors’ offices a heads up before they release grid information to the public. But governors don’t usually dictate what information is released, Silverstein and other former Texas grid officials said.

Before the winter freeze, that was the case with ERCOT, too, according to numerous sources familiar with the process: The grid operator typically sent press releases and grid update announcements to the PUC, which typically shared them with the governor’s office, a day or two before release as a heads up, and they were rarely questioned or told to substantially change the content.

Abbott, who is up for reelection in November, has almost entirely avoided discussing the grid publicly this summer, even as Texans have been repeatedly asked to conserve electricity and many have seen their home electric bills skyrocket. Abbott’s opponent, Democrat Beto O’Rourke, has made the grid’s problems a big part of his campaign and has criticized Abbott over his handling of the grid during and after last year’s tragedy.

A spokesperson for Abbott did not answer detailed questions about the governor’s involvement in the grid, but said Texas has taken “unprecedented steps” to protect the state’s power system following the 2021 winter storm — including mandating that power generators and natural gas producers better prepare their facilities for extreme weather.

“Governor Abbott continues working to ensure the substantial bipartisan reforms passed by the House and Senate last year are properly implemented, including greater transparency and accountability at the PUC and ERCOT, so that the grid remains stable and reliable,” the spokesperson said in a written statement. “Under the Governor’s leadership, Texans have seen more communication and proactive responses by the PUC and ERCOT to keep the public better informed of current grid conditions, such as voluntary conservation appeals this summer during record-setting temperatures and demand.”

In response to detailed questions for this story, a spokesperson for ERCOT used the same written statement repeatedly: “ERCOT does not speak for Gov. Abbott on what, if any involvement he’s had.”

The spokesperson added that ERCOT’s public communications are reviewed and approved by the PUC, the state agency that oversees ERCOT.

Abbott appoints the PUC’s board, which was expanded from three to five members after the winter storm, when millions of people were plunged into darkness after extended freezing temperatures shut down natural gas facilities and power plants. Those two major parts of the grid rely on each other to keep electricity flowing. Hundreds of people died during the freeze. All three of Abbott’s appointees resigned from the board shortly after the freeze. The previous ERCOT CEO was fired, and many of its board members resigned.

Beth Garza, who has worked in the Texas energy industry for decades, including as the independent watchdog of ERCOT from 2014-19, said any direct involvement by the governor in ERCOT’s day-to-day operations is concerning because he and his staff are not trained power professionals.

“I don’t think he knows anything about running [a grid operator]. He certainly couldn’t figure out who to pick as [PUC] commissioners the first time around,” Garza said. “Let’s remember: The three in charge [of the PUC] during the catastrophe were all his appointees.”

Who wants to be ERCOT’s next CEO?

The last week of July, ERCOT’s board of directors held an urgent virtual meeting to consider a “sensitive matter,” which they discussed in a private executive session. When the board returned to open session, they said they deliberated on a personnel matter and didn’t vote on anything.

Behind closed doors, the board narrowed its search for a permanent CEO, according to three people familiar with the matter.

Numerous sources said the governor has consistently pushed for Phil Wilson, former secretary of state under Gov. Rick Perry and current chief executive of the Lower Colorado River Authority, a nonprofit public utility based in Austin that provides water and electricity to more than 1 million Texans.

Abbott has turned to Wilson as a crisis manager before. During the early days of the COVID-19 pandemic, Abbott named Wilson the acting head of Texas’ massive health and human services agency, which he ran for four months while continuing to lead the river authority.

Last fall, Abbott also appointed Wilson as chair of the State Energy Plan Advisory Committee, a group of mostly energy executives who are expected to lay out a long-term energy plan for the state, which state lawmakers could use to help them draft legislative proposals.

But Wilson doesn’t want the ERCOT CEO job and has privately turned it down multiple times, according to four people familiar with the matter.

When reached by a Tribune reporter seeking comment about his candidacy for the ERCOT job, Wilson said he was in a meeting and couldn’t talk.

Wilson’s apparent reluctance to take the job underscores the biggest challenge for Abbott and the ERCOT board: finding qualified candidates who actually want the job. Garza said the ERCOT job pays well and could be appealing for somebody in the power sector who wants to run an organization that’s critical to the lives of most Texans.

But ERCOT is not a state agency — it’s a nonprofit entity that operates like an air traffic controller and a financial exchange, coordinating with dozens of transmission companies, power providers and generators to manage both the state’s sprawling power supply and the money transferred among different segments of the power system.

The private power sector generally pays top executives more than what ERCOT could offer, and the ERCOT CEO is under a much brighter spotlight than any power company CEO after last year’s disaster sowed widespread public distrust in the state power grid. Jones earns $500,000 annually as interim CEO, according to his contract, obtained by the Tribune through an open records request. That’s $300,000 less than his predecessor, Bill Magness, revealed that he earned during legislative hearings after the 2021 winter storm.

Garza and other sources in the energy industry said candidates also have to weigh whether they’re willing to step into such a politicized position.

“The concern is that once you have an organization that’s sort of kowtowed into believing it needs approval from whoever it needs to come from, that organization is stymied and will wait to take action,” Garza said. “You risk losing some initiative. That’s not what you want from ERCOT. You want ERCOT to be smart, capable folks who take necessary actions when they’re necessary to take.”

Disclosure: Facebook and the Lower Colorado River Authority have been financial supporters of The Texas Tribune, a nonprofit, nonpartisan news organization that is funded in part by donations from members, foundations and corporate sponsors. Financial supporters play no role in the Tribune’s journalism. Find a complete list of them here.