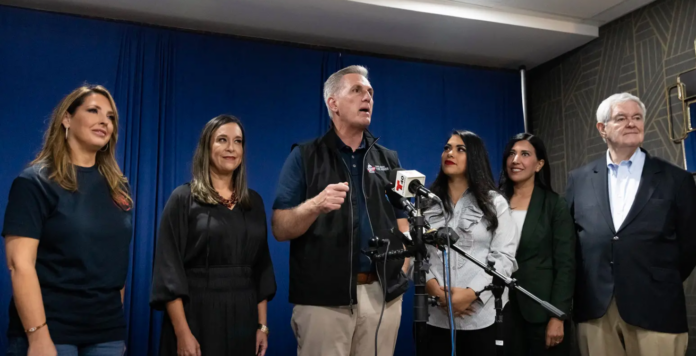 National political leaders barnstormed through the Lone Star State this weekend to help Texans from both political parties make their final plea to voters on the eve of the midterm elections.

“So much is at stake in this election. And with the polls closing in just two days, all of us need to make our voices heard,” Biden said Sunday at the Good Hope Missionary Baptist Church, where the pews were filled. “We must speak up on justice and democracy.”

Political observers had anticipated the state’s competitive governor’s race to drive turnout similar to high-watermark elections in 2018 and 2020. However, so far, turnout has been slower, making this weekend’s push to engage voters more salient.

Thirty-one percent of registered voters had voted by Friday, the last day of early voting, according to the secretary of state’s website. More people vote early than on Election Day — a trend that has been consistent at least since the 2008 presidential election.

“We have got to get more people in the polls. Lubbock is Republican territory, and … there are many people who have not yet voted,” Abbott said at a Lubbock barbecue restaurant before knocking on a few doors, according to the Lubbock Avalanche-Journal. It was his second campaign visit to West Texas in the past two weeks.

Abbott, a Republican who is seeking his third four-year term as governor, has promised voters he’ll continue pushing a conservative agenda focused on jobs and border security. O’Rourke has criticized Abbott’s handling of the 2021 winter storm, mass shootings and support for a ban on abortion, including in cases of rape and incest.

The vice president also threw her support behind Hidalgo. Harris called in to a virtual phone bank for the Harris County leader on Friday evening. She recalled her interactions with Hidalgo during the 2021 power-grid failure and said Hidalgo has been an “extraordinary leader during immense crisis.”

“You have proven yourself during some of the most difficult times for Harris County,” the vice president told Hidalgo before urging volunteers to redouble their efforts for the final weekend before the election. “She has been an extraordinary leader, but we can’t take her for granted.”

While Harris did not mention Mealer, she did paint a contrast with Republicans, who she suggested are trying to divide people and want to unwind the progress of the Biden administration. She warned they would repeal the Inflation Reduction Act and pass a national abortion ban, touching on an issue — abortion rights — that Hidalgo has made central to her campaign.

Mealer has focused most of her campaign on the county’s high number of homicides and the criminal indictment of three Hidalgo staffers.

In South Texas, GOP heavyweights McCarthy, McDaniel and former House Speaker Newt Gingrich rallied voters Sunday evening. They appeared alongside Congresswoman Mayra Flores and candidates Monica De La Cruz and Cassy Garcia in an effort to secure a Republican majority in the House. The news media was not allowed inside the event.

Republicans are calling Flores, De La Cruz and Garcia a triple threat. GOP leaders are increasingly bullish on a sweep of all three seats.

In 2020, De La Cruz came within 3 percentage points of unseating Democratic Congressman Vicente Gonzalez in Congressional District 15, a heavily Hispanic border district that includes McAllen. This year, De La Cruz is running for the same seat after Gonzalez was drawn out of the district and moved over to neighboring District 34. Flores is the incumbent congresswoman after winning a special election this year to replace Democrat Filemon Vela, who had resigned before the end of his term. And Garcia, a former staffer for U.S. Sen. Ted Cruz, is facing off in Laredo-based District 28 against longtime Democrat incumbent Henry Cuellar.