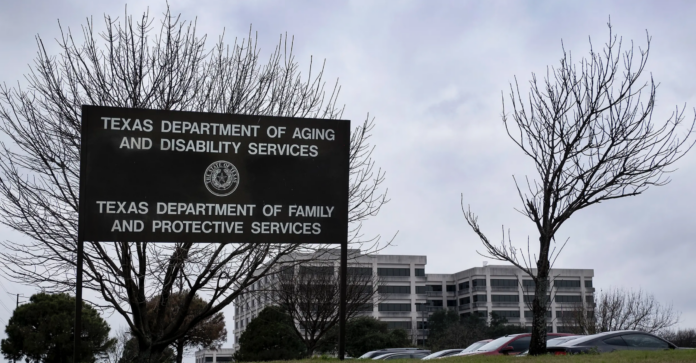 Court monitors following a yearslong lawsuit against the state and the Department of Family and Protective Services released a fifth report Friday evening, tracking where the agency made progress and where it falls short.

The anticipated update from federal monitors found improvements in the number of children assigned to caseworkers and the accuracy of DFPS investigations. However, it also found several DFPS investigations in which the state failed to protect children from safety risks, including a lack of medication monitoring and exposing children to trafficking.

The report precedes a Jan. 27 hearing for the federal lawsuit in which Texas is accused of violating children’s constitutional rights.

In 2015, U.S. District Judge Janis Graham Jack found that the state failed to protect children in the care of Child Protective Services from unreasonable risk of harm. A 2018 court order tasked the monitors with tracking the defendants’ compliance with several “remedial orders” outlined in the lawsuit.

Last June, Jack threatened to levy “substantial fines” against Texas for failing to comply with her orders to fix its troubled foster care system.

In recent months, DFPS has weathered swift leadership changes and an exodus of thousands of staff members. Former DFPS Commissioner Jaime Masters was recently replaced after three tumultuous years leading the agency. In November, Abbott announced he was appointing Stephanie Muth, a consultant and former Medicaid director at the Texas Health and Human Services Commission, to replace Masters.

The two federal monitors appointed by Jack to oversee the agency have released periodic reports on Texas’ progress toward eliminating threats to children’s safety in the foster care system. The past four reports have documented progress the agency has made to eliminate threats to children’s safety, but the state needs to do more. In the more than two years since the first report, the monitors have noted that the agency has not followed all of the court’s orders.

Friday’s report included age, sex and race demographics about children in the state’s care and a list of fatalities. Hispanic and Black children were more likely to end up in the state’s care. Since July 2019, 47 children have died while in the Texas foster care system.

Since the last report, DFPS has decreased the percentage of CPS caseworkers with overburdened workloads and improved the quality of investigations led by DFPS. Between January and June 2022, 13% fewer CPS employees had caseloads that exceeded 17 children per worker.

The monitors disagreed with DFPS’ findings in 4.9% of investigations, a drop from the 14% recorded in their third report, released last January.

The monitors noted deficiencies that have persisted since previous reports, including continued exposure to risk for “children without placement,” a term for kids in CPS’ care who don’t have relatives or foster families to live with or licensed facilities to stay in. These kids account for less than 1% of children in the state’s care.

The agency closed a facility for children without placement in Marble Falls in October after a nonprofit stopped lending a building to DFPS in response to an alleged sexual assault of two teen girls who were staying at the temporary shelter.

The monitors asked whether the agency is “adequately protecting children from a serious risk of harm” when it continues to house children in temporary, unlicensed settings. “Based upon the monitors’ review of DFPS investigations of [children without placement] settings over the past 18 months, the answer frequently is no,” the report read.

Response times for Statewide Intake, the hotline to report child abuse, neglect or exploitation, increased by half a minute, with callers waiting on hold an average of 5.2 minutes, since the January 2022 report.

The monitors found a staffing contract that noted the agency took “appropriate action” to protect kids in only 42% of the cases in which DFPS investigations suspected maltreatment or abuse of children.

Early state budget proposals from legislative leaders would allocate $4 billion to CPS’ work within DFPS. This amount is an increase of $196.3 million in all funds, including $350.7 million in general-revenue funds, from the 2022-23 biennium.

Included in the budget proposal is $100 million in rate increases for foster parents, more funding to hire additional caseworkers and the expansion of community-based care into more areas of the state. Some parts of the state have already transitioned to the CBC foster care model, which prioritizes keeping children in their home communities, with the belief that keeping children closer to their families improves their outcomes.