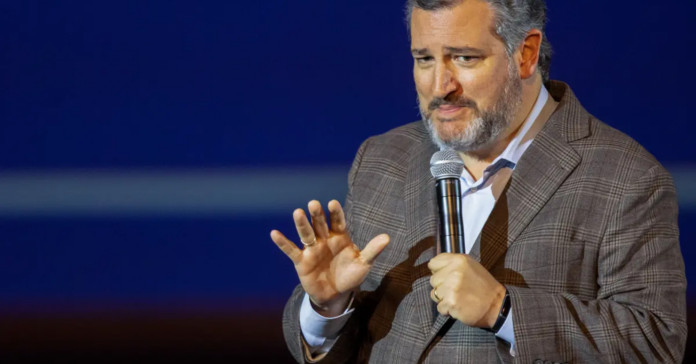 Ted Cruz said on Saturday that he would seek a third term in the U.S. Senate in 2024, though he also did not rule out running for president.

“I’m running for reelection in the Senate, I’m focused on the battles in the United States Senate,” Cruz told reporters after addressing the Republican Jewish Coalition’s annual leadership meeting in Las Vegas. He said he was also focused on the Senate runoff in Georgia on Dec. 6, according to a video of his discussion with reporters posted by Fox News.

The Texas Republican reiterated his disappointment that his party failed to take control of the Senate in this month’s midterm elections, a setback he blamed on a lack of determination within the party.

Cruz was one of 10 Republican senators who voted against the reelection of Sen. Mitch McConnell, R-Kentucky, as minority leader on Wednesday. McConnell easily fended off a challenge from Sen. Rick Scott, R-Florida, by a vote of 37-10.

On Saturday, Cruz said he had made a motion to delay the leadership election until after the Georgia runoff. Backed by former President Donald Trump, Herschel Walker, the retired football star, is challenging Sen. Raphael Warnock. The Democrats have already won 50 seats in the next Senate, giving them control of the chamber with the tie-breaking vote of Vice President Kamala Harris, but both parties are pouring money into the race.

“We need a real debate about how are we going to lead during the next two years in the minority in the U.S. Senate,” Cruz told the Republican Jewish Coalition. “And the question that I posed to Mitch McConnell and our leadership was very simple: ‘Is there anything on which we are willing to fight?’ I stood in front of the conference, and I said: ‘Listen, I’ve traveled all over the country. I’ll tell ya: People are dispirited and demoralized because they say that Republicans in the Senate don’t fight.’ And there’s a reason for that, which is that Republicans in the Senate don’t fight.”

Cruz urged Republicans to fight to reinstate military service members discharged for refusing to take the COVID-19 vaccine. (Most of the service members received general discharges, which means that they can be reinstated if they get the vaccine.)

Cruz also said the party should block the Biden administration’s plan to hire 87,000 I.R.S. agents, redirecting the money toward border security. (The figure comes from a May 2021 estimate from the Treasury Department of the total number of employees the I.R.S. proposes to hire over the next 10 years. Most will replace employees who are retiring, and most will focus on areas like customer service and technology— not auditing tax returns.)

Asked if he should no longer be considered a potential presidential candidate, Cruz said that “there’ll be plenty of time to discuss [the] 2024 presidential.”