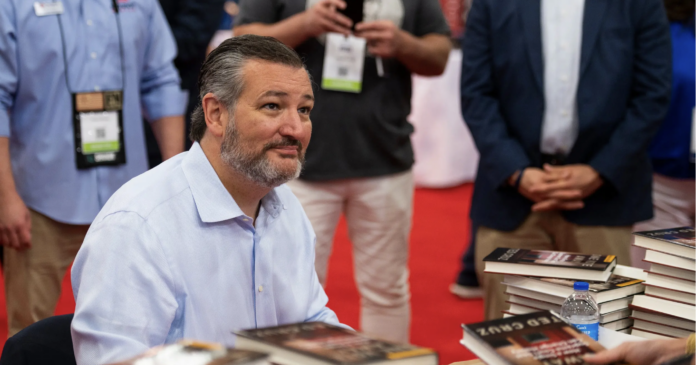 WASHINGTON — U.S. Sen. Ted Cruz, one of the most socially conservative Texans serving in Congress, told The Dallas Morning News that Texas should repeal its now-dormant law that bans gay sex.

“Consenting adults should be able to do what they wish in their private sexual activity, and government has no business in their bedrooms,” Cruz’s spokesperson told the newspaper.

The Texas Legislature passed the law decades ago. It hasn’t been enforceable since 2003, when the U.S. Supreme Court decided in a landmark ruling that it violated the Constitution. There have been regular attempts by Democrats to repeal the law since, but they have repeatedly failed in the Legislature.

But questions over the future of that precedent have surfaced after the Supreme Court overturned Roe v. Wade in June. Both the 1973 abortion case and the gay sex case, known as Lawrence v. Texas, were decided based on the idea of a constitutional right to privacy.

The court’s overturning of Roe caused some to wonder whether other cases based on that privacy right would be next — and conservative Justice Clarence Thomas had suggested that the court reconsider the Lawrence precedent.

The court’s 2015 landmark ruling legalizing gay marriage was decided under similar reasoning. In recent weeks, Cruz has reiterated his opposition to that decision. He also frequently brought up his opposition to that ruling while campaigning for president that year in socially conservative states like Iowa and South Carolina.

Recently on his podcast, Cruz reiterated his belief that the decision was “clearly wrong” on the grounds that states, not the enacting of a federal standard, should govern gay marriage policy.

Even so, he said he didn’t think the court would overturn that ruling.

“You’ve got a ton of people who have entered into gay marriages and it would be more than a little chaotic for the court to do something that somehow disrupted those marriages that have been entered into in accordance with the law,” Cruz said. “I think that would be a factor that would, would counsel restraint, that the court would be concerned about. But to be honest, I don’t think this court has any appetite for overturning any of these decisions.”