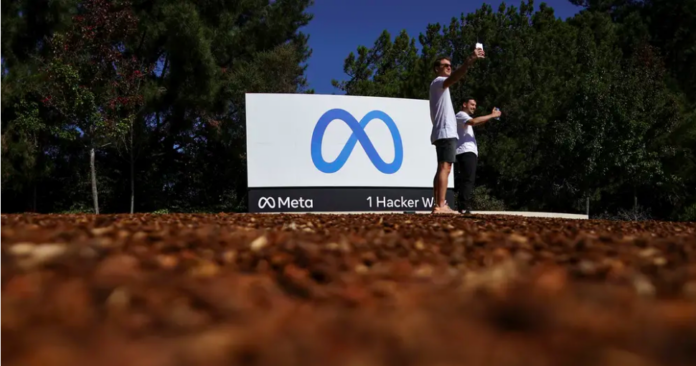 Paxton filed the suit, which he said could result in hundreds of billions of dollars in civil penalties, in state court in Harrison County on Monday, the first day of early voting in the March 2022 primary. He announced the suit at a press conference in Marshall, an East Texas town represented by one of his most prominent Republican challengers, U.S. Rep. Louie Gohmert.

Paxton said Facebook collected “facial geometries” without consent and sent the information to others for profit.

“Facebook will no longer take advantage of people and their children with the intent to turn a profit at the expense of one’s safety and well-being,” he said. “This is yet another example of Big Tech’s deceitful business practices, and it must stop. I will continue to fight for Texans’ privacy and security.”

A Meta Platform Inc. spokesperson said in a short statement that the Texas lawsuit’s claims are without merit, and the company will defend itself vigorously.

Facebook ended its use of facial recognition last November and said it would delete more than a billion users’ facial templates. The state is asking for Facebook to maintain relevant data for the investigation.

“Facebook has, for over a decade, built an Artificial Intelligence empire on the backs of Texans by deceiving them while capturing their most intimate data, thereby putting their well-being, safety, and security at risk,” the lawsuit says.

The Texas lawsuit also outlines some concerns that Facebook’s parent company would still collect facial recognition data on its other platforms such as Instagram and the soon-to-debut virtual reality metaverse.

The biometric data Facebook collected is unique and unchangeable. Facial recognition technology is increasingly used in a person’s day-to-day life, such as when unlocking a phone or accessing a bank account. The lawsuit said such information being compromised would increase the risk that criminals “will access these unique identifiers and encroach into virtually every aspect of their owners’ lives.”

Paxton’s lawsuit is the latest in a string of official actions against big technology companies as conservative backlash festers against them.

Earlier this month, he announced that his office joined a brief accusing Apple of violating antitrust laws by monopolizing app space in its mobile store. Last week, he opened an investigation into GoFundMe after it pulled down an online fundraiser for the “Freedom Convoy” of Canadian truckers, a group protesting pandemic restrictions. He also sued Google in January, accusing the company of deceptive advertising in support of its smartphone.

Paxton is seeking to avoid a runoff in his bid for reelection as his opponents question his fitness for office. He was indicted in 2015 on state securities fraud and faces an FBI investigation into allegations of bribery made in 2020 by several of his former top lieutenants.

Disclosure: Apple, Facebook and Google have been financial supporters of The Texas Tribune, a nonprofit, nonpartisan news organization that is funded in part by donations from members, foundations and corporate sponsors. Financial supporters play no role in the Tribune’s journalism. Find a complete list of them here.