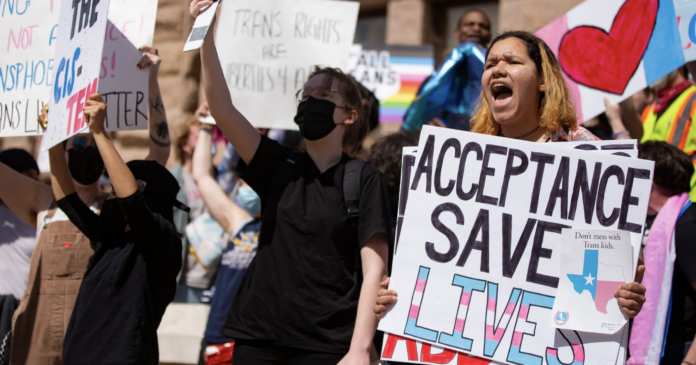 Texas’ child welfare agency is once again blocked from investigating parents who provide gender-affirming care to their transgender children. The injunction applies to any family that belongs to PFLAG, an LGBTQ advocacy group with more than 600 members in Texas.

The injunction also specifically protects a handful of families named in the suit, including the Briggles, outspoken advocates for transgender youth who were among the first to be investigated under this directive.

This is the latest chapter in a monthslong legal battle over whether providing medically indicated gender-affirming health care, under the guidance of a doctor, could result in a finding of child abuse by the state.

The Texas Supreme Court has ruled that Abbott had no grounds to direct DFPS to investigate these families but overturned a statewide injunction on procedural grounds.

“The court has grasped the magnitude and breadth of the continued harm that Gov. Abbott’s directive and Attorney General Paxton’s opinion would have caused if DFPS was allowed to pursue its investigations,” said Nicholas “Guilly” Guillory, a lawyer with Lambda Legal.

The lawsuit, filed in June, outlined examples of that harm, including the story of one 16-year-old transgender boy who attempted suicide the same day the governor issued his directive.

“[He] said that the political environment, including Abbott’s Letter, and being misgendered at school, led him to take these actions,” the lawsuit said.

The outpatient psychiatric facility where the young man sought care later reported his parents for providing him with gender-affirming care.

Paxton’s office did not immediately respond to a request for comment.