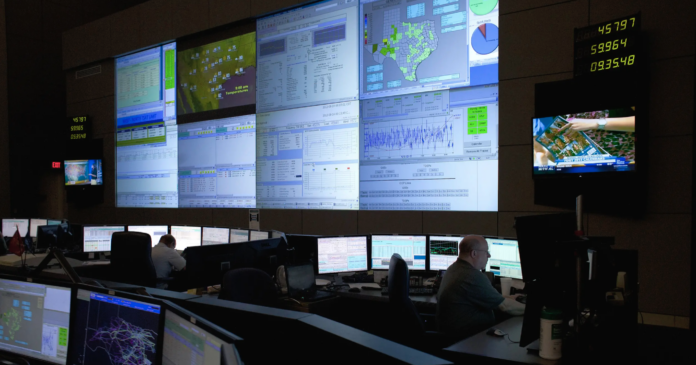 With a punishing heat wave across Texas driving record high power demand, The Electric Reliability Council of Texas late Sunday sent out a request that Texans cut back on their energy use on Monday.

ERCOT, the state’s power grid operator, asked Texans to turn up their thermostats and postpone running major appliances between 2 p.m. and 8 p.m. Monday. ERCOT has also called on large electric customers to lower their electricity use.

Total forecasted power demand is expected to surpass 79 gigawatts on Monday, ERCOT said — which would set another record.

An ERCOT spokesperson told the Tribune Monday that the grid operator does not expect rolling blackouts this week.

Low winds are also making it harder for the grid to keep up with demand during hotter-than-usual July temperatures. Current projections show wind generation coming in less than 10% of its capacity on Monday, ERCOT said.

Power grids must keep supply and demand in balance at all times. When Texas’ grid falls below its safety margin of excess supply, the grid operator starts taking additional precautions to avoid blackouts. The first precaution is to ask the public to cut back electricity usage.

ERCOT asked Texans in May to conserve power during a heat wave that coincided with six power plant outages.

Climate change has made Texas heat both hotter and longer lasting. The average daily minimum and maximum temperatures in Texas have both increased by 2.2 degrees Fahrenheit in the last 125 years. The state just saw its hottest December on record since 1889.