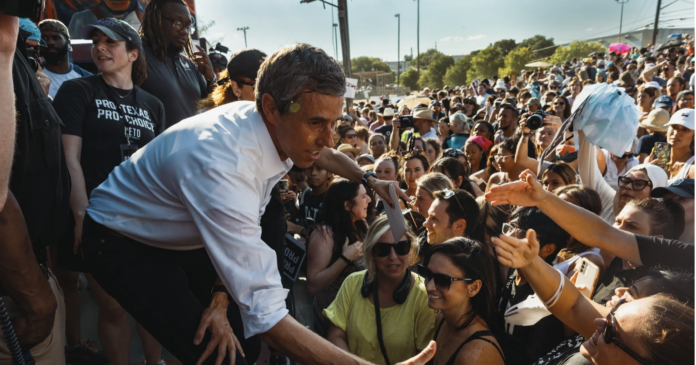 Beto O’Rourke is going on a 49-day tour of Texas in a major ramp-up of his campaign against Gov. Greg Abbott.

The Democratic challenger will hold 70 public events in more than 65 counties as part of the tour, according to his campaign. The trip will start July 19 in O’Rourke’s hometown of El Paso and reach every region of the state, including a spate of little-visited small towns.

It is an ambitious itinerary even by O’Rourke’s road-warrior standards, and it comes as polls show he appears to be closing in on Abbott’s lead. He is also looking to capitalize on recent events that have especially galvanized Democrats in Texas, including the Uvalde school shooting and the U.S. Supreme Court ruling overturning Roe v. Wade.

O’Rourke is expected to hit all the major cities of the state but also some of the tiniest towns, like Marathon in far West Texas and Spearman in the Panhandle. There will also be more than a dozen stops in South Texas, a region where Abbott and other Republicans are working to make new inroads.

It remains to be seen how much campaigning Abbott will do at the same time. He kept a busy schedule ahead of the March primary but has not held many campaign events since then.

Last month, his campaign announced plans to spend an initial sum of nearly $20 million on advertising, flexing his large financial advantage over O’Rourke.

When O’Rourke ran for U.S. Senate in 2018, he visited all 254 counties in the state. He has said he plans to do that again in this race.

While it is unclear how many counties he has checked off so far, he is expected to take a significant step forward with the upcoming trip. His campaign said he will hold public events in 38 counties where he has not yet held public events as a gubernatorial candidate.