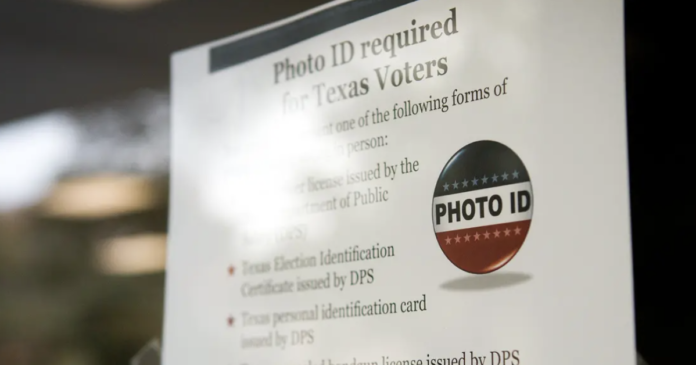 Texas remains responsible for nearly $6.8 million in legal fees and costs owed to the collection of parties who sued over its voter ID law.

Though the state ultimately won the long-winding fight to keep the voter ID law on the books, a panel of the U.S. 5th Circuit Court of Appeals on Friday upheld a lower court ruling that found the state is on the hook for that sum — the last vestige of the legal battle over the 2011 restrictions the state set on what forms of photo identification are accepted at the polls.

The Texas attorney general’s office had appealed that lower court ruling, which found the plaintiffs in the litigation — Democratic U.S. Rep. Marc Veasey of Fort Worth, individual voters, voting and civil rights groups, the NAACP-Texas and the Texas House’s Mexican American Legislative Caucus, among others — were the “prevailing parties.”

“It seems obvious that they are,” the 5th Circuit judges on Friday. “Plaintiffs successfully challenged the Texas photo ID requirement before our en banc court, and used that victory to secure a court order permanently preventing its enforcement during the elections in 2016 and 2017.”

The voter ID case ricocheted through the federal courts for nearly seven years and over several elections, with federal District Judge Nelva Gonzales Ramos of Corpus Christi first ruling in 2014 that lawmakers discriminated against Hispanic and Black voters when they crafted one of the nation’s strictest voter ID laws.

Lawmakers eventually revised the voter ID law in 2017 to match temporary rules Ramos put in place for the 2016 election in an effort to ease the state’s requirements as the litigation moved forward.

“The State of Texas obviously cannot go back in time and re-run the 2016 and 2017 elections under a photo ID requirement,” the 5th Circuit judges wrote in their Friday ruling.

Left intact were findings that the original law had a discriminatory effect.

A three-judge 5th Circuit panel and then the 5th Circuit’s full court — which is considered to be among the country’s most conservative appellate courts — had previously agreed with Ramos that the 2011 law disproportionately burdened voters of color who are less likely to have one of the seven forms of identification the state required people to show at the polls.

Ramos pointed to those rulings — and her temporary rules the state agreed to — in determining the plaintiffs who sued the state were the “prevailing parties” and were entitled to the awarded sum to cover legal fees and expenses incurred during the litigation.