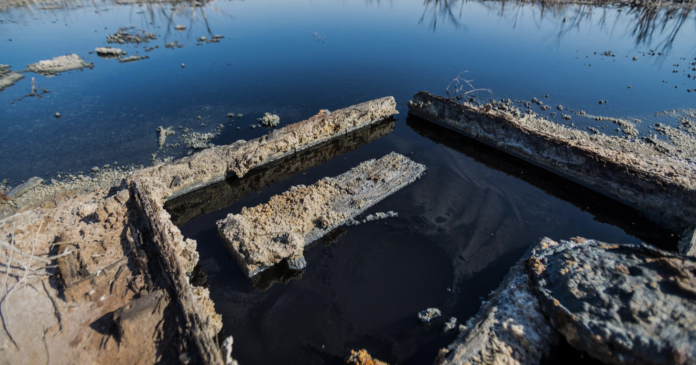 Texas will begin plugging about 800 abandoned oil and gas wells this fall, the state’s oil and gas agency said, after receiving an initial $25 million grant from a program included in President Joe Biden’s infrastructure plan.

It’s a fraction of the approximately 7,400 documented abandoned oil and gas wells that need to be plugged in the state — and industry observers believe the figure to be an undercount. Several more millions of dollars are expected to be disbursed to Texas through the newly created federal program.

Abandoned oil and gas wells leak methane, a potent greenhouse gas that is the second-largest contributor to climate change after carbon dioxide. The wells, if not properly plugged, also can leak toxic water and chemicals in the surrounding areas.

Methane lasts in the atmosphere for less time. Cutting methane emissions is one of the most effective short-term tools to reduce the effects of climate change, scientists say.

The projected cost to plug and clean up the pollution from all 7,400 documented wells is approximately $482 million, according to the commission’s notice of intent to apply for federal funding obtained by The Texas Tribune.

But an estimate from the Department of the Interior shows that Texas likely will be eligible for less than that — about $344 million in federal funds.

The bipartisan infrastructure law passed last year by Congress dedicated $4.7 billion to create a new federal orphan oil and gas well remediation and plugging program. Both Republican U.S. Sens. John Cornyn and Ted Cruz voted against the law — as did every Republican House member from Texas.

The first grant of $25 million to Texas is part of an initial award of $560 million in 24 states. There are more than 10,000 high-priority well sites ready for remediation, according to the department’s estimates based on state applications.

In a news release Friday, the commission said the federal dollars would accelerate the state’s existing program to plug and clean up the abandoned oil and gas wells. In the current fiscal year, the state exceeded its goal to plug 1,000 wells in June.

In Texas, the cost to plug and restore a well ranges from $20,000 to $40,000, according to a previous analysis of state data by researchers at Columbia University’s Center on Global Energy Policy.

The state Legislature in 2011 directed the commission to accelerate well plugging efforts; the agency has a designated fund for that purpose. Texas also requires oil and gas operators with more than 100 wells to post a bond of $250,000 as assurance that they will clean up well sites after they’re shut down.

Texas will start to plug wells with the initial $25 million grant on Sept. 1, according to the commission.

“We will use our established success with workplans, staff expertise and contracting processes to use the grant funding to plug abandoned wells,” Clay Woodul, the commission’s assistant director of the oil and gas division for field operations, said in a statement.