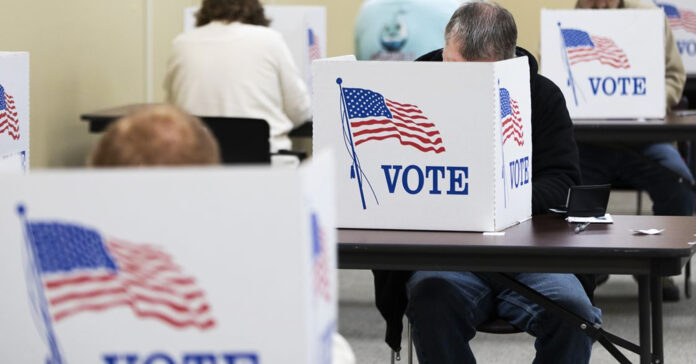 “These unabashedly racist and partisan attacks on our nation’s democratic principles must be forcefully condemned and expeditiously reversed,” 44 members of the House of Representatives wrote in a letter to U.S. Attorney General Merrick Garland on Monday.

“It is critical that you enforce every applicable law to ensure all citizens can vote,” they wrote. “No lawsuit is too trivial when it comes to the voting rights of citizens.”

The Department of Justice had no immediate comment on the letter.

President Joe Biden and fellow Democrats suffered twin legislative defeats last month in their push to toughen voting rights protections in the run-up to this November’s midterm elections that will determine control of Congress in 2023.

Senate Republicans blocked Democrats’ efforts to advance the voting rights legislation, accusing Democrats of fabricating a crisis and saying little or nothing need be done with the way states administer elections.

Democrats accuse Republicans in various U.S. states of exploiting their majorities in state legislatures to craft electoral maps and restrictions that diminish the clout of Black and other racial minority voters while maximizing the power of white voters.

Dozens of lawsuits have been filed in states around the country challenging congressional lines drawn as part of a once-a-decade cycle.

The Justice Department has filed several civil lawsuits to battle laws it says violate federal voting rights, including in Georgia and Texas.