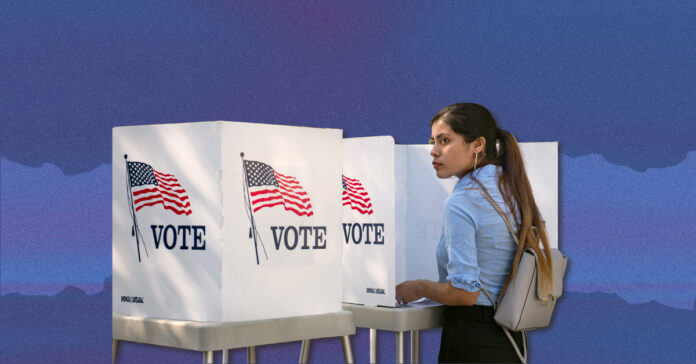 One of the favorite tricks used by Texas Republicans is to issue mass challenges to minority voters in hopes of stripping them off the rolls. That has already begun for the 2022 midterm season.

Attorney Rochelle Garza, who is challenging Ken Paxton for the Attorney General’s office, posted a letter on Twitter showing that a family who had been citizens for thirteen years was having their registration challenged by the Office of the Secretary of State. According to Garza, it’s one of many that she’s come across already, mostly sent to Latino voters.

“This is abhorrent,” she said. “As if SB1 wasn’t enough, Texas is now sending letters forcing voters to verify their citizenship. And no shock here – almost every voter receiving these letters is Latino, even voters who’ve been citizens for 20+ years. This blatant racism has to stop.”

Texas law states that any registered voter may challenge any other’s place on the rolls. The challenge then goes to the Secretary of State’s office, and the challenged voter is notified. In theory, any errors can be immediately cleared up by providing proof of citizenship and correct residence.

In practice, the challenges have become an insidious tool used by Republicans to strip minority voters, who tend to cast ballots for Democrats, from the rolls. For instance, the letters are typically not sent certified mail, something Garza confirmed with the people whose challenge she showcased. This means that an unexpected letter from the government is sometimes thrown away without a reply, and if done so then the challenge stands.

Republicans particularly love this action during the midterms when voters may be less vigilant. In 2018, Harris County Republican Party Ballot Security Committee Chairman Alan Vera sent out 4,000 challenges to people he claimed were illegally using false addresses to vote. A deeper look at the particular people challenged showed that Vera had specifically targeted the homeless and student dorms. In some cases, the challenges were in direct conflict with state law, which allowed people displaced by Hurricane Ike to legally claim shelters and other locations as their residence for the purpose of voting.

The challenges are coming very early in the election cycle right now, but when they happen closer to Election Day, they can easily disenfranchise voters too late to cast a ballot. The forms needed to prove citizenship, such as birth certificates or official copies of naturalization papers, can sometimes take weeks to obtain and be expensive. Minority and marginalized are less likely to have the appropriate documents on hand, which is one of the many reasons increased requirements for identification during voting is widely seen as illegal discrimination.

The good news is that the family Garza highlighted has already mobilized to protect their right to vote. Still, it pays to be on guard against future attacks on minority franchise. Texas voters should:

·         Make sure that all addresses are current and correct

·         Have birth certificates, passports, and naturalization papers on hand to answer challenges

·         When voting, if told you cannot make sure to request a provisional ballot as you are legally entitled to