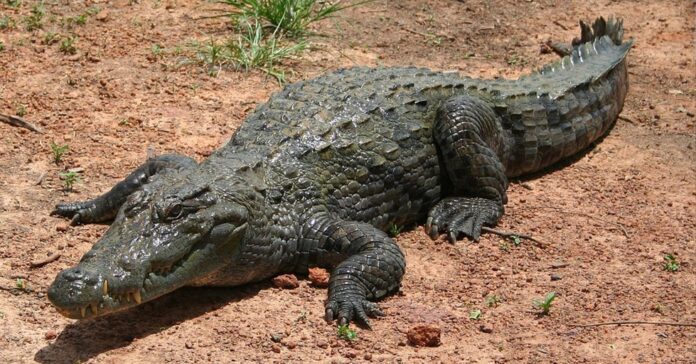 400 miles away from the coast and under the desert sun of Midland County, an alligator was found near a person’s mobile home at an RV Park, according to People.

The individual immediately called the police, who came to the rescue. The County’s sheriff shared on a FaceBook post that deputy Rodriguez, the policeman who received the call, and the whole police body were shocked by the call.

The county’s chief of police called the alligator a “rare sight”. He also took pictures of the policemen moving the animal and putting it into rescue and posted them on FaceBook.

The police body concluded the alligator is a pet because usually, these animals are not so far from the coast. Besides, this little friend was only two feet tall.

“We’re hoping a possible owner calls to claim our friend that’s obviously lost in the desert.”

The local warden took the alligator to a Veterinary, where it will reside until the owner is located or the transportation to the coast is arranged. The Sheriff’s office made a joke about the whole situation on Facebook:

“Alligators ask lots of questions, they’d make great interrogators. Their teeth are pretty intimidating if you ask us. However, we don’t think this guy will be joining the MCSO staff anytime soon.”