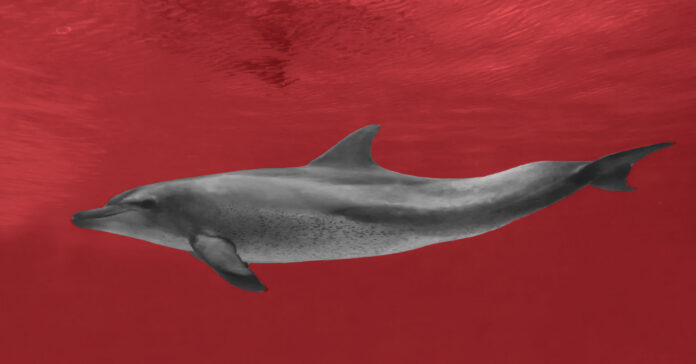 The National Oceanic and Atmospheric Administration (NOAA) has issued warnings of an “aggressive” dolphin near the coast of Texas’ North Padre Island.

According to an NOAA press release, the animal exhibits “dangerous behaviors toward people.”

“The situation for a habituated dolphin off North Padre Island, Texas is dire, threatening both human safety and the animal’s life,” NOAA said. “Biologists report the animal is showing more aggressive behavior, separating children from their parents in the water, and isolating swimming pets from their owners.”

The NOAA believes that “human interaction” caused a shift in the dolphin’s behavior, despite warnings to avoid the animals.

The animal has reached the fourth and final tier of human socialization and conditioning.

NOAA described the animal as a “tourist attraction,” inappropriately sought out by visitors to the island.

They request that visitors “avoid seeking out the dolphin” and “leave it alone for your own safety and that of the dolphin.”

Swimmers should leave the water upon sighting the animal, and boaters are advised not to stop if they see the dolphin.

“While the dolphin may seem friendly, this is a wild animal with unpredictable behavior,” NOAA explained.

The Marine Mammal Protection Act states that any interactions with the dolphin that may injure or change its behaviors are illegal. This includes feeding the animal.

Biologists are currently looking for solutions to “mitigate [the] unfortunate situation.”