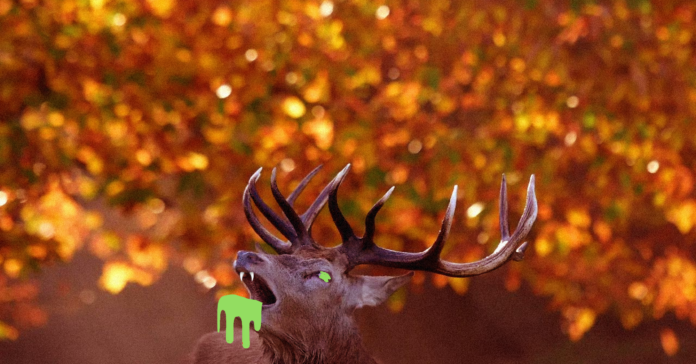 Robert Williams has over eight deer under his care infected with a dangerous brain disease. He keeps testing authorities’ limits, refusing to let them euthanize them, despite being a serious problem to let the animals roam with zombie-like qualities.

A deadly brain disease has periodically appeared in Texan deer populations in recent years. Chronic wasting disease, known as CWD, causes fatal brain degeneration as it distorts brain proteins. It can also be contagious for cattle, known as the “mad cow” disease. Known as “scrapie” in sheep, and “Creutzfeldt-Jakob disease” in humans.

Since 3 out of 4 cases are of deers in captivity, Texas Parks and Wildlife’s regular orders are to kill the deer and all those in close proximity to the infected one. The breeder then has to disinfect the deer pens by removing the soil and burying it six feet deep, or have it chemically digested. That same place can’t have deer for the next 5 years.

But Williams, the 83-year-old owner of RW Trophy Ranch, will not have it, despite being legally necessary and a health risk to have deer infected with a brain disease. He has scored several legal wins that have tested the limits of the state’s control over its deer. No other CWD-infected ranch has taken this long to be exterminated, according to Mitch Lockwood, the director of the big game program at the Texas Parks and Wildlife Department.

Williams found three dead deer in a pen back in February 2021, and sent in tissue samples to a laboratory for routine checks, and one came back positive for CWD. The size and stain of the sample also showed that the deer had been infected for more than a year.

The rancher still refused to believe that the results were true, and the corpse was exhumed to confirm the results with a DNA test. In the next 16 months, another eight deers in William’s property have been infected with CWD, and have been housed in separate pens.

Even though extermination is necessary, Williams has continued to refuse to let authorities euthanize his deers. He objected to the plans of killing the deer at night with suppressed rifles, worried that it would prolong their suffering if there were imprecise shots. He also claims that it would cost him thousands of dollars, and put a stump in the business he has run for decades.

“It would be a slaughter,” Williams expressed in an interview for the HuffPost. “I said there’s no way I’d agree to that. That looks like Nazi Germany’s deer herd plan.”

The larger problem is the fact that it remains unknown how CWD reached and contaminated the deer in RW Trophy Ranch. The outbreak came at a time when another 5 deer breeding sites communicated positive results for the disease.

The main concern is that since deer breeders sell the animals across different states, and some of them are released in parks or contained wildlife spaces, the contaminated deer could pass on the disease to wild deer.

RW Trophy Ranch has transferred over 559 deer to 64 facilities in different states, including 24 release sites over the course of the contamination in the ranch. This means that the wild deer population might already be infected with CWD.

So the legal battle between Robert Williams and Texas authorities and wildlife officials continues. CWD is a threat to the deer breeding business, which generates around $1.6 billion of revenue per year, but there has been no way around William’s strong hold of his zombie deer farm until now.

“Now that I got fawns born, I want to have children holding those innocent fawns and say, ‘That’s what those sons-of-a-guns want to kill,’” Williams said.