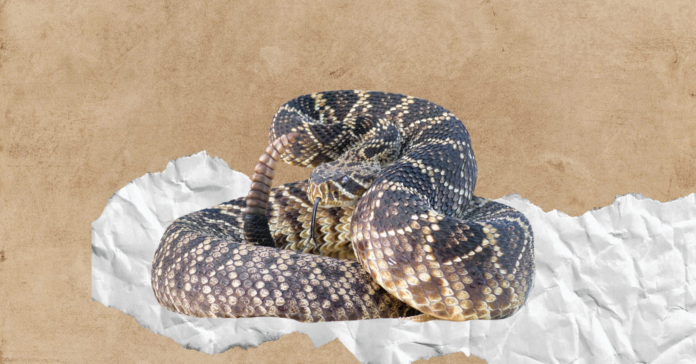 Texas heat has gotten so intense that even rattlesnakes want to go for a dip in the lake.

A fisherman, Blake Barnett, sent Texas Parks and Wildlife a video of a diamondback rattlesnake swimming on O.H. Ivie Lake near San Angelo back in Abril. And on Wednesday the Department shared the snake video for its #WildlifeWednesday post on Facebook.

Officials wrote in the caption that most snakes can swim and that they’re not interested in humans. If you leave them alone, they’ll be on their way, officials said.

For most people the snake encounter would have been a nightmare, but Mr. Barnett told MySA that he thought it was a pretty cool encounter.

In Texas, the top five snakes you’ll probably see chilling by your local lake are: the Western rat snake, the checkered garter snake, the rough earth snake, the diamondback water snake and the Texas coral snake.