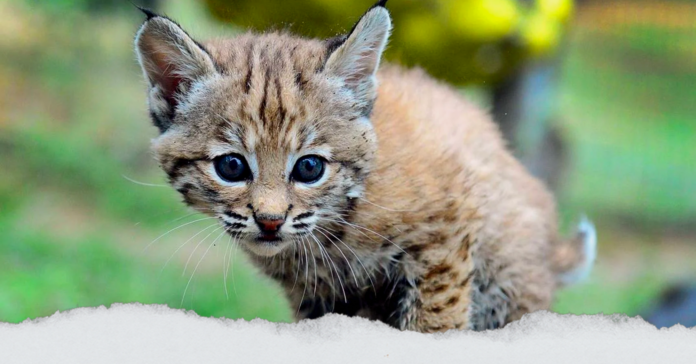 When a little kitten ran up to the back porch of a Tennessee couple, they didn’t hesitate in sheltering it. But when the couple took the kitten to True Rescue to find a permanent home for it, the rescue clinic found it was a wild bobcat.

“We took it into our clinic and did an exam… Maybe, we could talk about the finder… thinking it was a kitten? We knew exactly what we were handed.” joke True Rescue in a FaceBook post.

The bob wild cat was found in Mount Juliet Tennessee on June 17th. The mother of the kitten is a mystery, but wild bobcats are representative animals of the region. Tennessee is one of the states with a big viable population of wild bobcats, according to Claiborne Progress.

“His head was massive, and the unusual ear markings, plus huge paws and huge claws. When he growled… we knew.” stated True Rescue when asked how they identified the kitten.

True Rescue gave the kitten a health exam for half an hour and then placed the wild bobcat in  Walden’s Puddle Wildlife Center. According to the National Geographic wild bobcats are two times bigger than cats, they are fierce hunters and can kill animals much bigger than them