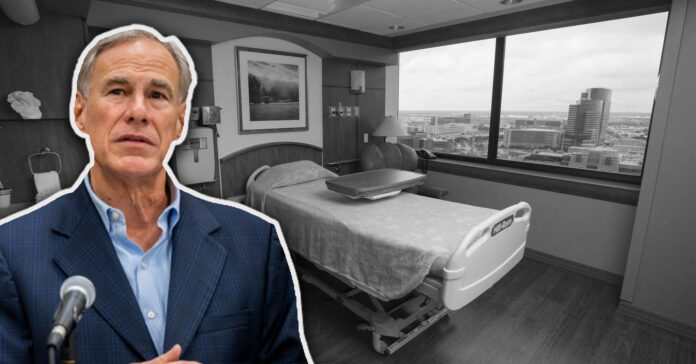 Gov. Greg Abbott refuses to say whether he would be in favor of exceptions that would prevent a 12-year-old girl from carrying her rapist’s baby to term, based on his answers to a recent interview question. Appearing on Inside Texas Politics, he said that in such cases, he would want to protect “both mother and the baby.”

He has refused to answer the question multiple times in multiple interviews. And rather than discuss exceptions to the law, he distorted his gubernatorial opponent Beto O’Rourke’s position, claiming that the Democrat has “the extreme position on abortion in Texas.”

“That’s not true…it’s completely a lie,” O’Rourke said during their debate regarding the November contest when Abbott made similar comments.

In recent polls, 80 percent of Texans support allowing abortions in cases of rape and incest. However, the same polling shows that Abbott still leads O’Rourke despite his position on the issue.

Last month in an interview with ABC13’s political reporter Tom Abrahams, Abbott was asked several times if he would support legislation that allowed abortion in cases of rape and incest.

“Why is the law as restrictive as it is? Why not include rape and incest?” Abrahams asked. “Because it’s the law that was passed by the legislature,” the governor said.

Texas enacted one of the most restrictive abortion laws in the country in June after the U.S. Supreme Court overturned Roe v. Wade. It has very narrow exceptions, such as in cases where it would be necessary to save the life of a pregnant patient.

The new law criminalizes performing an abortion from the moment of fertilization unless the patient is facing “a life-threatening physical condition aggravated by, caused by, or arising from a pregnancy.”

It is now a felony punishable by up to life in prison in the state. The statute also says that the attorney general “shall” seek a civil penalty of not less than $100,000, in addition to attorney’s fees.

The Texas District and County Attorneys Association has raised concerns about this language, citing a 1994 ruling by the Supreme Court stating that a defendant convicted and sentenced for a criminal offense cannot also have a non-remedial civil penalty imposed against them.

A defendant who pays a civil fine cannot be criminally prosecuted for the same offense.