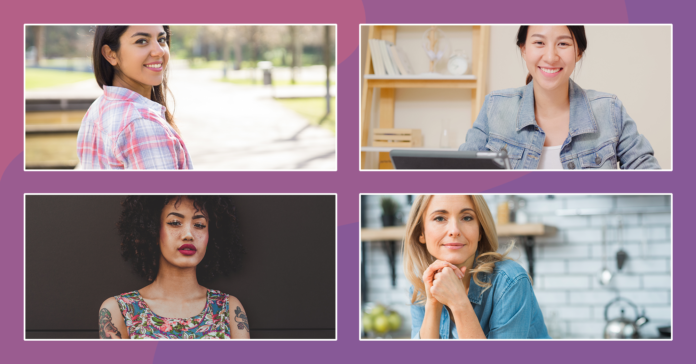 Today over 14 million women and girls call Texas home, and 50% of women and girls live in the state’s three largest cities — Houston, San Antonio and Dallas, according to a new study from the Texas Women’s Foundation called “Economic Issues for Women in Texas.”

The report states that a typical Texas woman is a Millennial, age 36, a woman of color, living in a city, earning $35,000 per year or less, and is working to support her family.

This 2020 study, based on research conducted by Every Texan (formerly the Center for Public Policy Priorities), is published every three years. The report focuses on four key issues when it comes to a woman’s financial security and livelihood: education, child care, health insurance and housing.

Here’s a view into the study.

Today there are nearly as many Hispanic women as white women in Texas. The study says that Texas must invest in a diversified workforce while also creating policies and systems of care to make sure older women are financially secure. The study also says older Texas women have the opportunity to open doors to education, capital and leadership for younger women.

The study finds that while Hispanic women comprise the majority of younger women, older Texas women (ages 65+) are majority white. The report says Texas must invest in a diversified workforce while also creating policies and systems of care to make sure older women are financially secure.

Over half of Texas women are single. They never married, are divorced or are separated or widowed.

Women are providers for their families, and over a woman’s lifetime, she is likely to be the sole provider for herself or her family at least once, the report shows. However, one in six Texas women and girls lack sufficient financial resources to care for themselves and their families.

In addition, from 2014 to 2018, Hispanic women’s community college enrollment increased by 23%.

The “Economic Issues for Women in Texas” study states that one in four Texas women does not have health insurance.

For uninsured women, illness or an accident poses a serious threat to their economic security. Texas women are twice as likely to be uninsured as women in other parts of the United States.

Before the pandemic, Texas had the highest uninsured rate among U.S. states, RA News reported in May.

Today 2.5 million working women depend on a variety of child care options, including support from family, near where they live and work because of the lack of affordable child care. About 84% of Texas families spend more than 7% of their income on child care.

Full-time infant care in Texas is almost as expensive as college, being over $8,000 per year in 2019. For full-time minimum wage workers, child care costs are half of their pre-tax earnings.

Finding affordable after-school programs is also an issue, as only 15% of school age kids participate in after-school programs, due to lack of availability and cost. This means each day there are over 935,000 kindergarten-twelfth grade students who are alone and unsupervised after school, the study found.

For most women, housing represents the single largest cost in their budgets, and this cost burden is especially high for women of color, according to the study.

One in three single mothers and women living alone struggle to pay bills because of high housing costs. Also, the study found, almost one in five single women and single mothers experience a severe housing burden — they spend more than 50% of their income on housing. Texas has limited tenant protections or landlord-tenant balanced policies.

Over a single 8-hour day, women fall $22.64 behind men, on average. The wage gap can be influenced by geographic location. As an example, the study states that a woman working in Lubbock may earn $10,000 a year less on average than her male counterpart, a difference that means every month she has $800 less to pay her family’s bills. Even though a woman working in Dallas is paid more equitably, it is still not as much as a man.

Also, 2.3 million women in Texas earn less than the poverty threshold, and two in 10 Hispanic or Black women experience poverty, a rate twice that of white women.