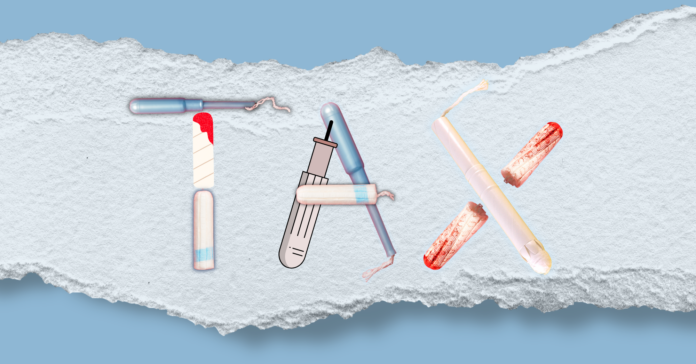 Texas has a tax on menstrual products. This begs the question, are Tampons a luxury item? Are they not a medical necessity? According to Texas lawmakers, these feminine “accessories” are luxury, aren’t necessities, and therefore must be taxed without question.

Zoe Krass, a member of the Texas Menstruation Equity Coalition, a group that has spent years fighting against the “Tampon Tax,” does not agree.

“Non-necessities are tax exempt, but why are we ignoring menstrual products? That really speaks to who’s in power and whose voice is being heard in politics,” said Kass.

The fight to eradicate sales taxes on all menstrual products has been seen in previous state legislative sessions, but all efforts, like House Bill 311 authored by state Rep. Donna Howard – who has filed a bill to make menstrual supplies tax-exempt every session since 2017 – died in committee

Even though none of her bills has gotten over the finish line, Howard is getting closer with every passing legislative session. In 2021, her bill almost passed.

“It’s hard to say why it hasn’t gotten over the finish line,” Howard said. “We know this is a medical necessity, this is a monthly necessity, for years in a woman’s life. It is not a luxury item, as the sales tax would imply.”

“I think it does have to do with the fact that we are predominantly male still at the legislature.”

This year, a group of teens who form the Texas Menstruation Equity Coalition, joined Howard in her fight and got the needle moving in the right direction. On Thursday, Texas Comptroller Glenn Hegar and State Sen. Joan Huffman released a statement announcing their support for exempting feminine hygiene products from state and local sales taxes.

“As chair of Senate Finance, I am proud to make this effort one of my priorities,” Huffman said. “Every woman knows that these products are not optional. They are essential to our health and well-being and should be tax exempt.”

“Taxing these products is archaic.”

The Texas Menstruation Equity Coalition founded by Sahar Punjwani, has been fighting against the Tampon Tax for years and had to get creative to get the Texas Comptroller’s attention by requesting a refund through his office.

“We view this inequitable application of wound care dressings as discrimination on the basis of sex,” said Baker Botts associate Laura Shoemaker McGonagill to The Texas Tribune. “For example, gender-neutral products, like Band-Aids, are tax-exempt and feminine hygiene products are not.”

Unfortunately, Punjwani’s receipt, which showed she spent $21.56 on menstrual products and $1.78 in sales tax, was rejected alongside their argument.

They appealed this decision and requested a hearing. If that doesn’t work, Ali Foyt, a Baker Botts tax associate, said they’re prepared to take this all the way to the state Supreme Court.

Punjwani and other members of their coalition are working with Howard on her legislation, which she plans to reintroduce again during the next legislation.

Howard hopes that now is the time to get this legislation passed, due to the record surplus of money in the Texas budget that was estimated for this upcoming fiscal year.

In total, lawmakers will head back to the capital city with $149.07 billion in general funds to work within the 2023 legislative session.

Getting rid of the sales tax for period products would cost the state roughly $21 million each year — about $42 million for Texas’ two-year budget — according to the Legislative Budget Board’s estimates.

Considering the additional $27 billion Texas collected mostly from sales tax, exempting menstruation products should be a drop in the bucket, according to Howard.

“Okay, you may have that direct loss, but what will you gain? Because they’ll be using that extra cash they have in their pockets for other things,” Howard said.