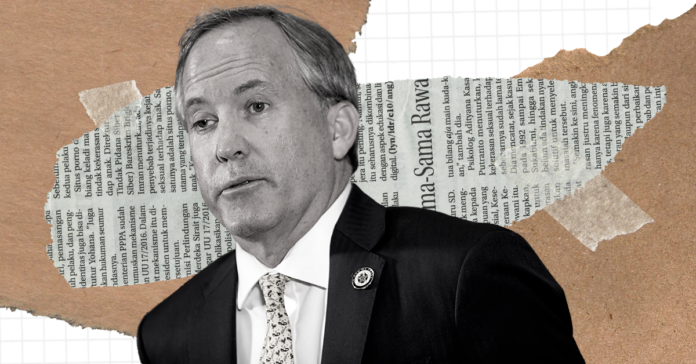 It seems like Texas Attorney General can’t catch a break, legal issues continue to pile up around him.

A tweet by Eleanor Klibanoff, a women’s health reporter from the Texas Tribune, stated that a federal judge ordered Paxton to testify in a reproductive rights lawsuit. Paxton has made it clear he does not wish to participate in such a case, he recently fled his home to avoid being served. He later said he ran away because he feared his life was in danger.

In late August, Texas abortion funds filed a lawsuit seeking protections to resume paying for people’s flights, hotels, and other expenses to travel out of state for the procedure. The eight funds paused the work after the reversal of Roe vs. Wade – triggering a near-total abortion ban in Texas, as reported by The Dallas Morning News.

Paxton is against testifying in the case.

The suit is focused on the funds’ activities, however, it could also help clarify legal questions about the state’s anti-abortion laws, such as: Can Texans be penalized for helping someone get the procedure in a state where it’s allowed?

U.S. District Judge Robert Pitman made it clear only the Attorney General can clarify the office’s conflictive approaches to the law and set a deadline for Oct. 11 for both sides to agree on the particulars of how will Paxton testify.

“In this case, Paxton has inserted himself into this dispute by repeatedly tweeting and giving interviews about the Trigger Ban,” Pitman wrote.

“It is challenging to square the idea that Paxton has time to give interviews threatening prosecutions but would be unduly burdened by explaining what he means to the very parties affected by his statements,” he said. According to The Dallas Morning News, Paxton’s office did not respond to a request for comment.