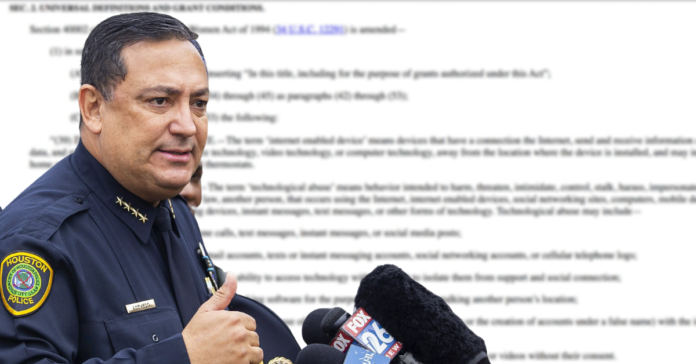 Passed in 1994, the Violence Against Women Act supports and protects survivors of domestic crimes. Since its enaction, it has dramatically shifted the response to violence against women.

But what had previously proven a firmly bipartisan bill now faces partisan delineation.

Nearly one year ago, on February 15, the Violence Against Women Act expired and reauthorization has been halted as Democrats seek expansion on several tenets seen as vital to ensuring the bill’s future success.

The most controversial tenet surrounds the ownership of guns with those who have been accused of violent offences against women.

Though the Violence Against Women Act already specifies a law to keep guns out of the hands of convicted violent offenders whose crimes were against their spouses, several legislators have pointed to a gap in the legislation that would allow some people convicted of domestic violence charges to still own a firearm.

Known as the “boyfriend loophole,” the law only extends to violent actions taken against a spouse, a person they have lived with or a person with whom they share a child, leaving more casual romantic partners vulnerable and unprotected.

And in Texas, we have already seen the very real impact the loophole can have on the lives of Texans.

On December 7, 2019, Houston Police Sergeant Christopher Brewster was shot and killed in the line of duty by Arturo Solis. Leaving behind a wife and extended family, Brewster is a fresh and tragic example of what can happen when convicted domestic violence criminals still have access to guns.

While his death wasn’t directly related to the loophole, HPD Sgt. Chris Brewster was recently killed in response to a repeat domestic violence offender, reminding us just how dangerous these criminals are to women and first responders. A loophole just makes it easier for additional incidents like this tragedy from last month.

According to the Houston Chronicle, Solis was previously convicted of domestic violence in 2015 for assault of his ex-girlfriend. After pleading guilty, the conviction led to a 70-day jail sentence.

And on the night the officer was shot, it was another incident of domestic violence that brought him there.

If Solis had been married to the woman back in 2015 or if they’d had a child together, under the Violence Against Women Act he would have never been legally allowed to purchase a firearm. But due to the informal nature of this partnership, the same rules did not extend to Solis.

Closing the “boyfriend loophole” could have made all the difference, at least that is what Houston Police Chief Art Acevedo suggested moments before escorting the body of Sgt. Brewter to a funeral home.

In his speech, Police Chief Acedo called out Texas Senators John Cornyn and Ted Cruz, from halting legislation due to the conflict it would have with powerful interests:

“We all know in law enforcement that one of the biggest reasons that the Senate and Mitch McConnell and John Cornyn and Ted Cruz are not … getting the Violence Against Women Act [reauthorized] is because the NRA doesn’t like the fact that we want to take firearms out of the hands of boyfriends who abuse their girlfriends,” said Chief Acevedo.

“And who killed our sergeant? A boyfriend abusing his girlfriend,” Acevedo added.

The gun Solis carried was illegally obtained, but only just.

Under federal law, persons with a misdemeanor conviction are prevented from ever owning a firearm. Texas law, however, restores people’s access to gun ownership five years after they complete the terms of their sentence.

This means that Arturo Solis may have been one year away from legally being able purchase a gun in Texas under the “boyfriend loophole.”

Despite domestic violence being a unanimously agreed-upon issue when it comes to importance, legislation both nationally and in-state continues to stagnate.

Earlier in the 86th Legislative Session, Texas had the opportunity to pass a bill that would protect the survivors of domestic violence across the state.

Senate Bill 1804, would have required construction of a centralized database for perpetrators of domestic violence.

If the bill had been passed it would have allowed authorities to track domestic violence suspects as they went through the bond process as well as notify victims when their abuser had been released.

Despite unanimous support in both the House and the Senate, a poison pill amendment caused the entire bill to collapse.

With measures still stalled in the Senate, it is important to look at where the state can be effective moving forward.

It is important for our state to pick up the slack where our country cannot.