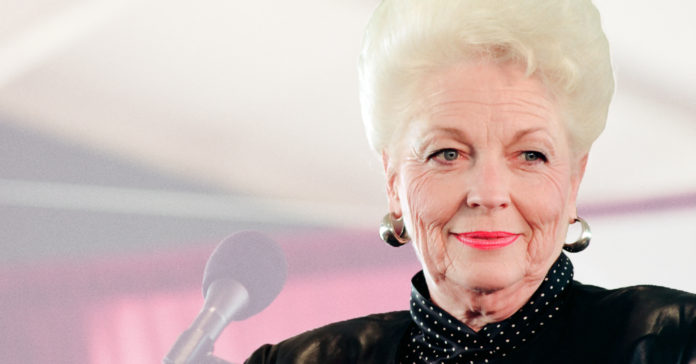 Women’s History Month has been celebrated since March 1987, but women have been breaking barriers in Texas politics for a long time.

Edith Wilmans was the first woman to be elected to the Texas Legislature. In 1922, she unseated a long-time male incumbent.

A mother of three, Wilmans endorsed legislation for child care and child support and for the creation of the Dallas County District Court of Domestic Relations.

“Edith’s own experiences as a domestic abuse survivor may have informed her advocacy her area, as she likely recognized the need to provide a legal system where domestic violence victims could seek protection,” the Women in Texas History website states.

Born in Houston, Barbara Jordan was the first African American woman to be elected to the Texas Legislature. She held the office from 1973 to 1979.

Jordan’s voice could command a room, and her strong public speaking skills were used to fight for civil and human rights. Jordan’s political career began in 1962, when she ran for the Texas House of Representatives. She lost but ran again in 1964 and even though she lost, again, she was looking ahead to a run for the Texas Senate in 1966. She won, becoming Texas’ first African American woman to be elected to that office.

Jordan was passionate about many issues that affect people today, and she worked to establish a minimum wage law, anti-discrimination statements in business contracts, and also a Fair Employment Practices Commission. When Jordan was elected president of the Texas Senate on March 28, 1972, it made her the first black woman in America to oversee a legislative body. Then she ran for Congress and as a congresswoman, Jordan voted to extend the Voting Rights Act of 1965, which broadened the provisions of the act to include Hispanic Americans, Native Americans and Asian Americans. The Atlantic called her the face of the VRA.

In November 1976, Irma Rangel became the first Mexican-American woman to be elected to the Texas Legislature. Rangel also was the first woman to serve as chairwoman of the Mexican-American Legislative Caucus. She is known for passing legislation to mandate that students in the top 10 percent of high school graduating classes automatically qualify for admission to any state college or university.

Then we have Miriam “Ma” Ferguson, who after her husband was impeached, decided to take the political reigns herself and run for governor in 1924. She became the first female Texas governor at the age of 49. Although her first term was swarmed with charges of corruption and she lost her bid for re-election, she won another term. If you visit the Texas Collection at Baylor University you can view photographs, correspondence, legal documents, and speeches of Miriam “Ma” Ferguson and her husband.

After Ferguson left office in 1935, it would take nearly sixty years for Texas to elect another female governor, but Ann Richards would arrive in an unforgettable way in 1991.

When former Richards walked into a room or gave a speech, Texas listened. Actually, the whole country took notice.

She was a feminine and masculine at the same time, with an assertive, direct approach and also could be humorous, nurturing and always sophisticated. She broke barriers and her leadership inspired women then and now.

In the 60s, she already had her heels in politics — as president of the North Dallas Democratic Women.

In 1975, when the local Democratic Party asked her husband to run for Travis County Commissioner, he declined. Ann ran and won, starting her list of firsts.  In 1982, Richards became the first woman in 50 years to be elected state treasurer. Then in 1990, Richards entered the race for governor against Attorney General Jim Mattox and former governor Mark White. Her win etched her name in Texas history.

The tone of her presence can be summed up with her famous quote, “Ginger Rogers did everything Fred Astaire did … She just did it backwards and in high heels.”

During her governorship, school finance was consistently a key issue Richards was passionate about. She also reformed the Texas prison system and established a substance abuse program for inmates. She put her heart and soul into the issues of health care, civil rights and making a “new Texas.”

Richards was a strong, witty woman in Texas politics who no one wanted to mess with. She was more than a Texas hero, she was a national hero of her time. No one will forget the photograph of her holding up a t-shirt that reads, “A Woman’s Place is in the Dome.”

She also was a mother of four, and she got her motorcycle license at age 60, proving it’s never too late for a change of pace.