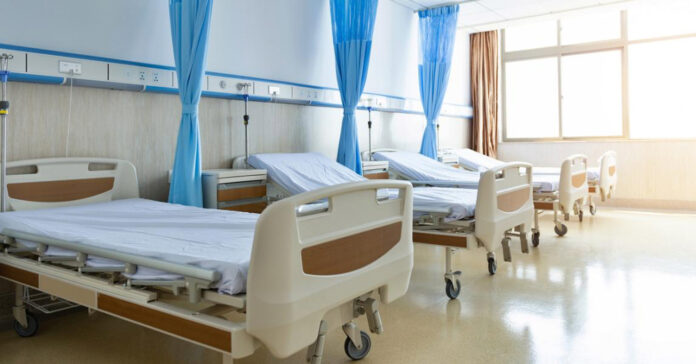 Before the 87th Texas Legislature even convened, Sen. Nathan Johnson (D-Dallas) pre-filed legislation providing for the “development and implementation of the Live Well Texas program to provide health benefit coverage” to approximately 1.5 million poor Texas residents. Senate Bill 117 would expand Medicaid under Affordable Care Act provisions and remove Texas from the shrinking list of a handful of states that have yet to take advantage of the program.

Once the session began, Rep. Julie Johnson (D-Carrollton) filed companion bill HB 3871 to help the measure move forward in the Texas House after Rep. Lyle Larson (R-San Antonio) filed a bill to put the issue to voters. A similar vote in Oklahoma resulted in voters there narrowly deciding to adopt Medicaid expansion but Larson consistently pointed to polls that indicate 64% of Texans want expansion.

As the legislative session progressed, the measure gained even more bipartisan support. Several prominent House Republicans joined Johnson as co-sponsor of her bill while a majority of members signed on with support. Rep. Steve Allison (R-San Antonio) was extremely vocal in his support for the bill with a strong opinion article in the San Antonio News Express. The bill “would provide structural support for our health care system without costing state revenue”, Allison said, and that it is “the type of solution that elected officials from both parties have long touted.”

While Texas House members seemed concerned, statewide leaders didn’t seem worried since uncompensated care for providers had been covered under a waiver extension granted by the Trump administration late in 2020. But in mid-April of this year, Medicaid officials rescinded the waiver “because it did not go through the full federal rulemaking process.”

Supporters of expansion were disappointed with the decision but hopeful that it would spur state leaders to allow legislation to move forward since even more Texans would be left without healthcare under a system with no waiver and consequences to taxpayers could be disastrous. As the session winds down, however, Medicaid expansion seems destined to die.

Neither Sen. Johnson’s bill in the Senate nor Rep. Larson’s bill in the House has moved and Rep. Johnson’s bill, with a majority of House support has not yet been granted a committee hearing. Texas House members may have sent a mixed message during budget debates when they voted down an amendment that would have directed “the governor and state health officials to use billions in federal dollars to expand health care coverage for uninsured Texans” but many members voted against the amendment because they thought it lacked key provisions necessary for Medicaid expansion.

The final nail in the coffin may have been when Rep. Joe Moody (D-El Paso) pronounced expansion dead earlier this month. “I think we’re losing an opportunity there, and I think it would certainly help. It would be good for Texas. It would be good for business to expand healthcare in Texas,” Moody said. “Failing to do that for another session is certainly something we will walk away shaking our heads about.” Moody’s assessment is important because of his position as both Speaker Pro-Tempore and Vice Chair of the Calendars Committee, where all bills must go to pass.

Failing to expand Medicaid this year could have dire consequences for Texas including higher insurance premiums to handle uncompensated care, higher property taxes for residents of hospital districts, less mental health care for those currently served through the waiver, and the closure of many more rural hospitals. Allison says that the budgetary loss to the state could be as high as $11 billion.

With the failure to move legislation to address the rescission of the waiver or to provide Medicaid expansion it seems that the state is running out of options. They could apply for another waiver if both the federal and state government work together and some speculate that a waiver for uncompensated care for hospitals is likely to happen. Others have recommended that the issue be addressed in future special sessions of the legislature. Finally, the state could refuse to address the situation and allow millions of Texans to go without healthcare and the state to miss out on billions of dollars of federal funding.

There is some conjecture that state officials don’t want those of an opposing political party to receive credit for addressing Medicaid. With so much at stake, it seems irresponsible to allow partisan politics to stand in the way. Many state representatives from both parties are stepping up to the plate to ensure the health of millions of Texans. It’s time for statewide leaders to do the same.