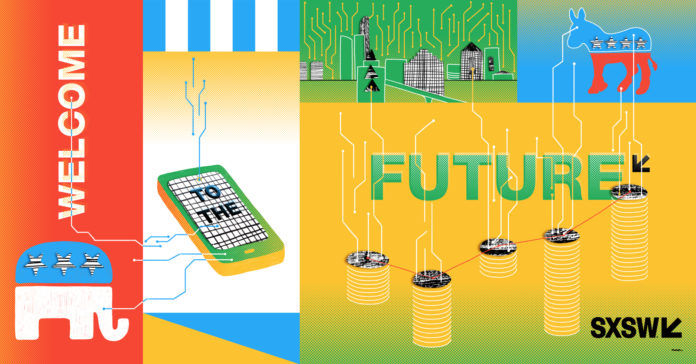 Best known as a launching pad for indie acts, SXSW is the place to be seen if a musician wants to reach the next level. That said, there are a lot of other things going on there, including cutting-edge politics. SXSW has a massive list of panels and events to choose from, but here are some highlights you may want to catch this year.

The 2020 Election & the Climate Apocalypse

By some scientific estimates, we have roughly a decade before humanity’s effects on climate change become irreversible. This panel will discuss climate action possibilities, engaging voters, climate communications and how the 2020 elections will affect the future. Featured participants include Dr. Sweta Chakraborty, risk and behavioral scientist and host and producer of “The Climate and Security Podcast,” and Brandon Hurlbut, co-founder of clean energy advisory company Boundary Stone Partners.

How Women Win on Gun Safety – and Stop the NRA

In the fight for gun reform in America, women have been the undeniable leaders. This featured event will showcase how women have taken on the National Rifle Association and gun lobbyists in the wake of shootings like Sandy Hook and the horrific year Texas had for mass shootings in 2019 to force a conversation on gun control. Headlining the event are actress Julianne Moore and two-time WNBA champion Devereaux Peters, both of whom serve on Everytown for Gun Safety councils. They’ll be joined by Shannon Watts, founder of Moms Demand Action for Gun Sense in America. The two organizations are some of the most effective players in the fight to end gun violence in America. If you’re worried about armed protesters (or want to be one yourself), be aware that SXSW has a strict weapons-free policy and no carrying of any kind is permitted.

In 2017, over 1,400 people died of opioid overdoses in Texas. Our state’s rate of overdose deaths has been lower than the national average, and the U.S. rate has been falling. But where do we go from here with policies, approaches and tax dollars? Participants include Dr. Daniel Ciccarone, professor of family and community medicine at the University of California San Francisco, and Beth Connolly, who directs the substance use prevention and treatment initiative at the Pew Charitable Trusts.

Whenever you find people saying “don’t California my Texas,” odds are the first thing that conservatives will bring up is homelessness. Well, here you can learn exactly what cities are doing about the problem. The two speakers are Austin Mayor Steve Adler, who has been battling with Gov. Greg Abbott over the homeless people who live near the state capital. He will be joined by Eva Thibaudeau-Graczyk, CEO of Temenos Community Development Corporation in Houston, who has worked in street outreach and various housing initiatives.

The upcoming 5G network is being built and tested in Texas, and while many of us look forward to speedier internet connections and hope for prosperity and innovations, there are economic and geo-political risks. This panel will be looking at the safety approaches being used in the United States and the European Union, seeing how they work and how they could be better. There are some major players on the panel, such as Joyce Correll, assistant director of the Supply Chain and Cyber Directorate of the National Counterintelligence and Security Center; Director of the Cybersecurity and Infrastructure Security Agency Christopher Krebs; and Juhan Lepassaar of the European Union Agency for Cybersecurity.