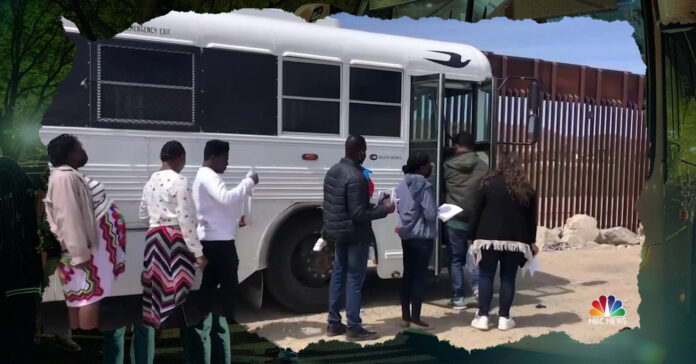 Texas Gov. Greg Abbot and Arizona Gov. Doug Ducey continue to bus hundreds of migrants to Washington D.C. and New York City in a ploy to rally their base. But the New York City website Gothamist recently reported that this may, ironically, increase migrants’ chances of staying in the United States.

The refugees are far more likely to have their asylum cases approved in New York City Courts than they would be in the more hardline courts in Texas, said Austin Kocher, an assistant professor at Syracuse University’s Transactional Records Access Clearinghouse (TRAC).

In Houston, just 17% of asylum cases were approved by judges in the last 10 months, according to the Gothamist. In Dallas, 33% of asylum-seekers are successful. But in New York City, immigration judges approve asylum cases four out of five times, or 82%.

Also, in New York City, migrants have more access to government resources and benefits, such as government-issued identification cards, housing, driver’s licenses, education and health care. The city’s Department of Education recently announced that it is prepared to enroll roughly 1,000 children into the public school system.

“Texas Governor Abbott is sending immigrants to New York as part of a cynical anti-immigrant political stunt,” said Theo Oshiro, co-executive director of the immigration advocacy group Make the Road New York. “As New Yorkers, we will not be deterred from providing a welcoming home here.”

Tensions between Gov. Abbott and New York City Mayor Eric Adams flared recently when Abbott first started busing migrants to the city. “His continued use of human beings as political pawns is disgusting, and an embarrassing stain on the state of Texas,” said Adams spokesperson Fabien Levy in a statement.

The refugees are bused on a voluntary basis, and as CNN reported, they are often all-too-willing to go. But dispatching asylum seekers to New York and Washington D.C. may have the opposite effect that immigration hardliners intended, unless political theater was the sole intention all along.