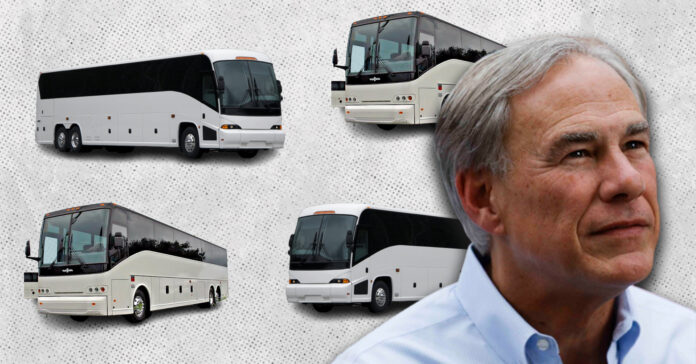 Once word got out that GOP governors were sending migrants to major U.S. cities, Venezuelans took notice. Attracted by the attention and assistance they are receiving in Texas, some reconsidered an exodus of their own, according to a Los Angeles Times report.

Despite seeming to many observers to perhaps be human rights violations or even human trafficking, the overnight busing and hastily arranged flights encouraged those left behind to re-think their plight.

As New York, Chicago, and Washington became targets of well-publicized, politically motivated stunts, it became apparent that rather than being held in detention centers, migrants could receive transportation and promises of employment.

Amy Fischer, advocacy director for the Americas at Amnesty International USA, said that while the governor’s efforts may have been done “with the utmost ill intentions, the reality is that it’s a service.”

A volunteer with the Migrant Solidarity Mutual Aid Network, she is very familiar with the circumstances facing those migrants. She said the vast majority of migrants arriving in Washington, D.C. reportedly do not have friends or family in the U.S. so transportation is beneficial.

Texas Gov. Greg Abbott may soon realize that rather than drawing attention to immigration issues facing the nation, they may have made things worse for the border communities they allege to want to help.

U.S. Customs and Border Protection Commissioner Chris Magnus recently said that the current practice employed by GOP governors is exactly what may help convince others to make the trek to the U.S.-Mexico border.

“It’s safe to say what’s going on is a pull factor, which is somewhat ironic given the criticism from some of these same governors involved in this about various pull factors that they claim already exist,” he said in The Times interview.

Unfortunately, as news of the programs spread via social media, not only will potential migrants get information, but human smugglers will as well, and use it “to further manipulate and mislead migrants,” he said.

And since immigration has been a political football kicked back and forth by Democrats and Republicans for decades, no long-term solution appears to be on the horizon.

According to the United Nations Refugee Agency, Venezuelans fleeing to the U.S. are doing so to escape violence, insecurity, and threats. They also lack food, medicine, and essential services.

Their website says there are over six million Venezuelan refugees and migrants worldwide, the second-largest external displacement event worldwide, second only to Ukraine.

And the problem has been brewing for some time, according to a 2018 report by Human Rights Watch, an international non-governmental organization. They cite continuing ruthless government crackdowns that have led to thousands of random arrests, torture, and other abuses against detainees. The country also continues to have a high rate of violent crime, and hyperinflation has also been a key factor in many people’s decision to leave the country.

According to the Census Bureau, immigrants comprise nearly 14 percent of the U.S. population, roughly 45 million people out of a total of 332 million in 2020.

The Council on Foreign Relations website says immigrants and their U.S.-born children make up about 26 percent of U.S. inhabitants and predicts that number will reach 36 percent by 2065.