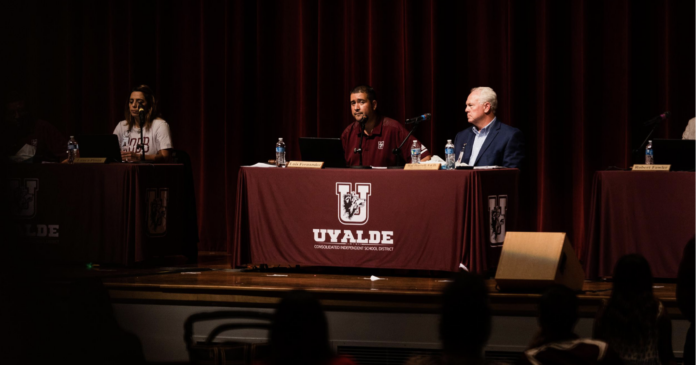 Uvalde school officials on Friday suspended all of the district police department’s activities and placed two of its officers on paid administrative leave, citing “recent developments that have uncovered additional concerns with department operations.”

Lt. Miguel Hernandez and Ken Mueller were placed on leave, and other officers employed with the department will fill other roles in the district, according to a Uvalde Consolidated Independent School District press release issued Friday. Mueller decided to retire, the release said.

The district said decisions regarding the future of the department had been pending the results of two investigations, but it suspended the department’s activities Friday as a result of the new concerns.

Earlier this week, the school district fired a recently hired district police officer after it became public that she was one of the first state troopers to arrive at Robb Elementary on May 24, when a gunman killed 19 students and two teachers, the deadliest school shooting in Texas history. The delayed police response has drawn wide scrutiny and remains under investigation.

This is a developing story that will be updated.