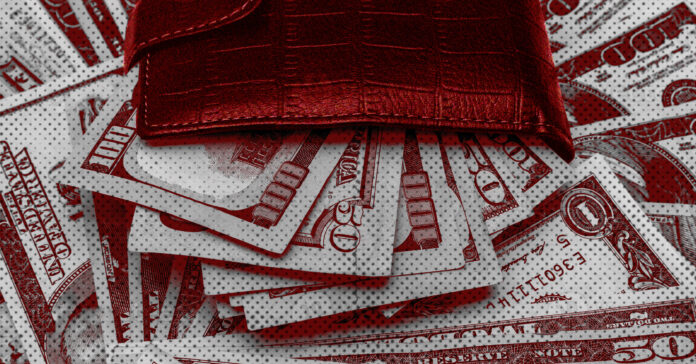 With election day around the corner, the stakes are growing higher and the candidates’ wallets are getting fatter. All In all, 2022 has been a big fundraising year in Texas politics, with the gubernatorial race raising a staggering $100 million in total by Republican Gov. Greg Abbott and Democratic challenger Beto O’Rourke.

Apart from our top competitive statewide race, political organizations have also been busy fundraising, receiving $230.57 million in total donations between January 1, 2021, and February 19, 2022, according to Texas Ethics Commision reports.

In any election cycle, political action committees (PACs) can make a big difference when it comes to defending or flipping the house.

In the 2020 cycle, Democratic PACs focused on raising a lot of money and spending big in Texas, hoping to turn the state blue. In the end, neither party flipped a seat; great news for Republicans, disappointing news to Democrats, especially those who invested money.

This election cycle, Democrats are putting up a fight again, with O’Rourke leading them as he breaks fundraising records left and right. However, many Democratic PACs seem less invested or have simply dried up when compared to 2020 numbers.

Let’s take as an example, Forward Majority Texas, a Democratic super PAC, who in 2020 had a total of $2.68 million in expenditures in Texas, whereas this year, the PAC, has only spent $85 thousand, according to their 30-day-before reports filed in the Texas Ethics Commission.

According to Politico, Forward Majority Texas is “investing more than $20 million in state legislative races,” so why is this money not going to Texas?

Now let’s take a look at the Texas House Democratic Campaign Committee, a PAC that “leads the efforts to win control of the Texas House by flipping seats from red to blue, while protecting incumbent Members.”

In 2020, Democrats’ efforts to flip the House were evident. By the time the 30-day-before report was filed, they had spent $2.34 million; meanwhile, this year, the total spent was merely $112 thousand.

Lastly, let’s take a look at the Texas Democratic Party, who has also spent less in this election cycle. In 2020, they spent twice as much as this year; $1 million compared to 2022’s $500 thousand, according to the 30-day-before campaign finance reports filed in the Texas Ethics Commission. 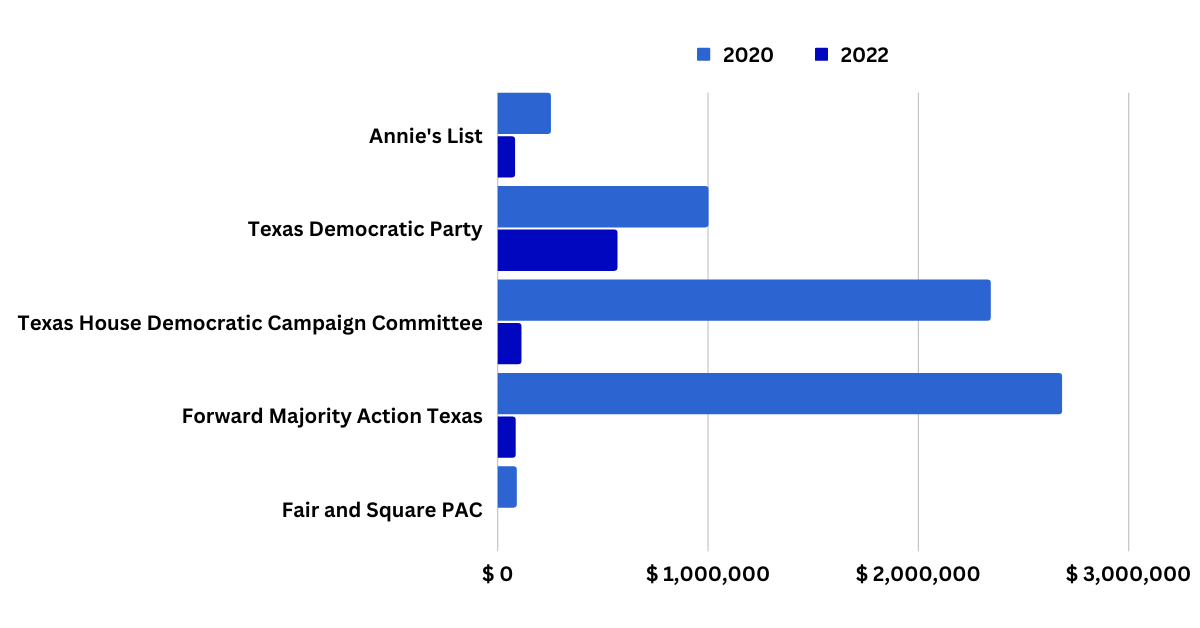 Comparison of  expenditures filed in 30-day-before campaign finance reports of 2020 and 2022 for these specific PACS, according to the Texas Ethics Commission.

Despite this dwindling support, this election cycle the Democratic party has seen an uptick in new PACs who are pouring millions of dollars into campaign advertisements that target Republicans like Abbott, Lt. Governor Dan Patrick and Attorney General Ken Paxton. Some of these PACs include: Mothers Against Greg Abbott, Coulda Been Worse, LLC, and Truth Texas PAC.

Republicans however, didn’t miss a beat; on the contrary, they stepped up their game. Even though, in 2020, no House seat was flipped, they have come back stronger in this election cycle, not leaving any race to chance.

One of the top PACs, Texans for Lawsuit Reform, for the 2020 30-day-before campaign finance reports filed $800 thousand in expenditures, meanwhile, this year, in the same report they filed $1.17 million.

Defend Texas Liberty, a far-right PAC who “believes life starts at conception, there are only two genders and children should not be indoctrinated in public schools,” also increased their expenses in this election cycle. In 2020, they filed $27 thousand, and in 2022, it amounted to $606 thousand, by the end of the 30-day-before filing period.

Defend Texas Liberty, is led by former state Rep. Jonathan Stickland, and is backed by hard-right donors like Tim Dunn and Farris Wilks, two billionaire oil and fracking magnates from the region. For years, they have quietly bankrolled some of Texas’ most far-right political candidates – helping reshape the state’s Republican Party. 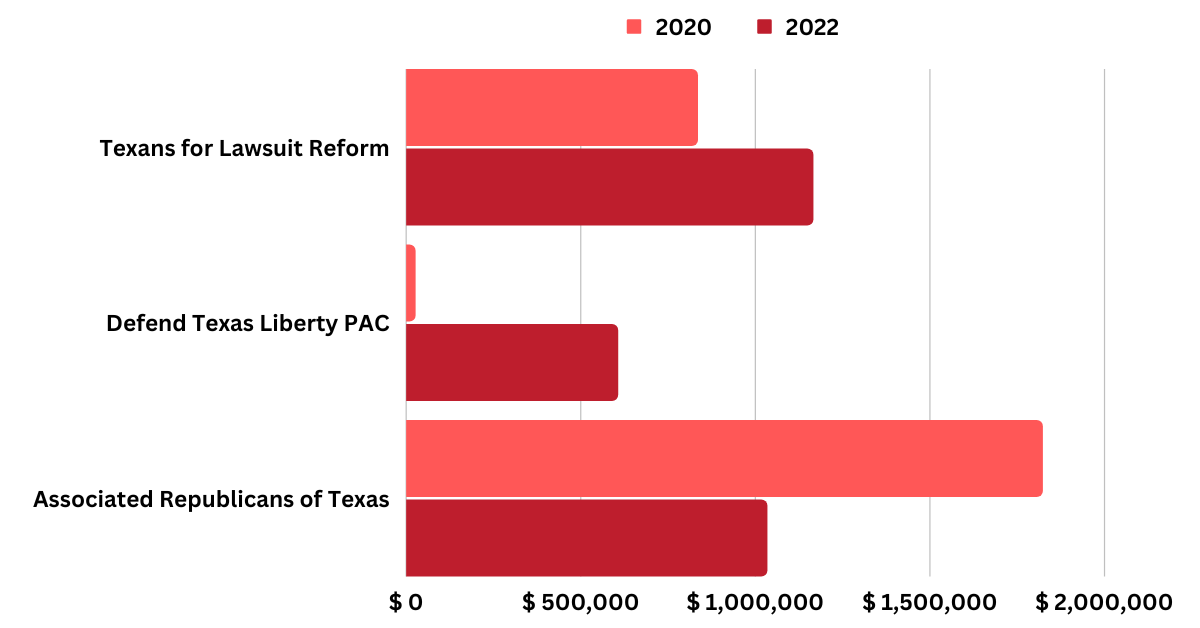 Comparison of  expenditures filed in 30-day-before campaign finance reports of 2020 and 2022 for these specific PACS, according to the Texas Ethics Commission.

With Texas being one of 11 states without contribution limits, candidates usually raise enormous sums of money in hopes that will help them get across the finish line. According to FiveThirtyEight, 90 percent of seats in the House of Representatives are won by the person who spent the most money.

Will Democrats’ fundraising efforts be enough to push the needle in their direction? Or will Republicans’ war chest be enough to secure their power?