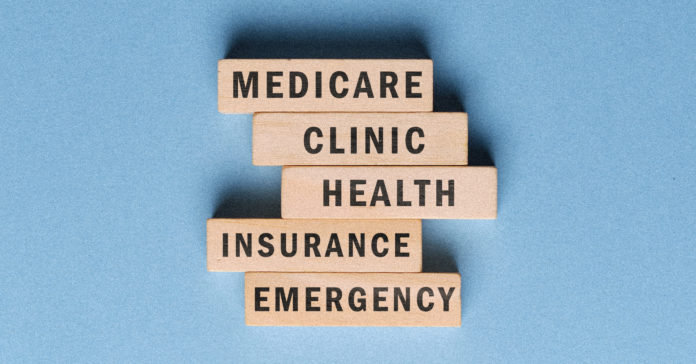 COVID-19 has brought a new urgency to the conversation about Medicaid expansion in Texas. With millions facing unemployment and loss of health insurance and still others who find themselves as “essential workers,” who have to stay healthy and go to work to keep a roof over their heads and food on the table, now is a critical time to resume the discussion.

Texas has the most uninsured residents of any state in the country, and it is now one of only 12 states that have yet to expand Medicaid. Since the Affordable Care Act became law, 36 states and Washington D.C. have expanded the federally subsidized health care program. Missouri became the latest state on the expansion list last week when the issue received voter approval.

Texas should be — and must be — the next state to expand, experts in the health care industry say. As the economic and public health effects of the pandemic continue to be on the forefront of Texan’s minds, expansion would have three immediate impacts: to provide health care coverage for 1.5 million uninsured Texans, to bolster the Texas economy, and to raise state revenue without raising taxes.

“Removing the politics for a second, and just looking at it from a budget standpoint, covering more people at a lower cost to the state is a win-win, and that’s just within the state budget context,” said Joe Weissfield, director of Medicaid Initiatives at Families USA, a national, nonpartisan consumer health care advocacy organization. “If you take into consideration all of the other external effects this would have, the math just becomes more clear.”

Under former President Barack Obama, the Affordable Care Act required all states to expand Medicaid to individuals at and below 138% of the federal poverty level. About half of the 1.5 million Texans who would benefit from Medicaid expansion are in the coverage gap, meaning they are below the poverty level with no insurance options. The other half are between the poverty level and 138% of the line.

Texas is one of the only remaining states where uninsured workers with jobs below the poverty line — like child care educators, grocery store cashiers, and aides to seniors and people with disabilities — typically can’t get Medicaid insurance. But during the pandemic, those are the people who are required to go to work and stay healthy to keep an income, Weissfield said.

“Many adults with low-wage jobs do not receive job-based insurance for themselves or their kids. They don’t make enough to buy private insurance, and they don’t qualify for ACA subsidies designed for those above the poverty line because the income requirements would mean that they couldn’t earn more than $230 a month, which for a single parent with two kids, that’s almost impossible to live on when you factor in rent, groceries, utilities, and more,” Weissfield said. “COVID-19 has only made this situation more critical.”

Weissfield also explained the economic benefits for the state. With expansion, the federal government covers 90 percent of the costs, leaving only 10% for the state to pay. That 10% is often offset pretty quickly, Weissfield said.

“Uninsured people will go to the emergency room for care, and then the hospital eats the costs of services,” Weissfield said. “But with Medicaid, the uncompensated care costs go way down. Ten percent is a nominal cost for states to come up with, considering how this impacts hospitals, especially rural ones that can’t stay open after they absorb the costs of uncompensated care.”

Weissfield said that 62% of rural hospitals are able to stay open in an expansion state. In the private health care sector, expansion brings an economic stimulus to the state by allowing more money to circulate. Each additional dollar of federal funding in a state generates $1.70 in total economic activity, as the direct recipients of federal money spend it on other goods and services.

“There is more money coming in, more people are covered, it requires less of the state budget,” Weissfield said. “It provides an option for immediate continuous coverage in a time when lots of people are losing their jobs and you desperately need people to stay healthy. For people who don’t have a good alternative insurance option, like through their partner or COBRA which is enormously initially expensive — Medicaid is there. When you layer all those in with a pandemic, it’s almost like a state can’t afford not to do this.”

FamiliesUSA works with local advocacy groups such as Every Texan. People in such groups know the ins and outs of the state’s landscape and are on the ground and behind the scenes working to educate others about the importance of an issue like this and getting stories and data onto the desks of legislators like Sen. Nathan Johnson (D-Dallas). He strongly advocates for expansion in the 2021 legislative session.

“Although differences between states do matter, the federal government has made clear that Texas will enjoy unprecedented flexibility in crafting a plan that accommodates its unique needs,” Johnson wrote in an opinion piece earlier this year. “Supporting expansion now is not flip-flopping; it is altering strategy in response to better information and different circumstances. Today we have overwhelming public and business support, successful conservative models, greater flexibility, an even higher level of need, profound urgency and, as part of the federal COVID-19 crisis response, billions of federal dollars that can be employed to ensure that Medicaid expansion in Texas is a fiscal and health care success.”

Those who say Texas shouldn’t expand have said in the past that more people than expected have enrolled in the program, costing taxpayers more money, and citing hesitancy with doctors’ willingness to cover Medicaid patients over Medicare or privately insured patients.

But Anne Dunkelberg, associate director for Every Texan, pointed out that the coronavirus health care crisis has brought to light further reason for expansion: because we’ve seen how important frontline workers are, now it is our responsibility to protect them, she says.

“An important piece of the COVID-19 experience is seeing how quickly low-paid frontline workers became essential,” Dunkelberg said. “They made it possible for everyone to stay home. Without them, we couldn’t have done that, yet they are in a system where they are working, can’t afford insurance as it is now, and make too much to qualify for Medicaid. We have to respect their contributions. The reality is that the vast majority of eligible households — three quarters of households of the 1.5 million who would be eligible with expansion — are working households with at least one worker. We have to demand of the legislation that they recognize the reality of the working poor in Texas, who are victims of the pandemic crisis. It’s critical that their stories make it into the hands of those who represent them; there can never be too many.”

Whistleblowers: Paxton Was Scheduled to be in Austin, Not Utah During...

Shifting Blame, Legislators Tear Into PUC and ERCOT During Hearings

Whistleblowers: Paxton Was Scheduled to be in Austin, Not Utah During...

Shifting Blame, Legislators Tear Into PUC and ERCOT During Hearings