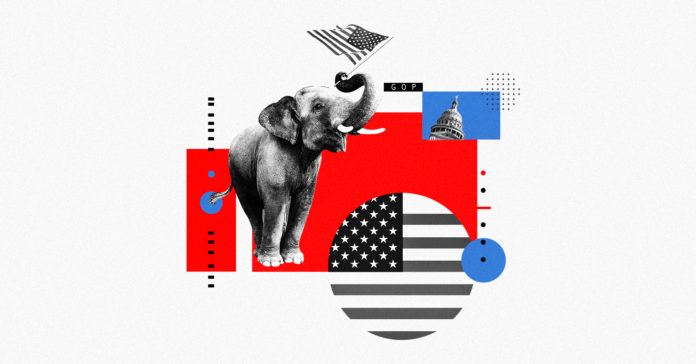 Texas’ Republican Party leaders are ready to roll out the welcome map for the GOP’s national convention, but the only city in the state to make the short list as an alternate host site isn’t interested.

Dallas is among a handful of cities being considered to host the GOP convention in August now that the democratic governor of Charlotte, N.C., has refused to allow the large gathering of about 19,000 delegates to be held in Charlotte’s Spectrum arena without any restrictions.

The four-day convention had been scheduled in Charlotte for two years until President Donald Trump tweeted on June 2 that the GOP had to seek a new location because Gov. Roy Cooper “is still in Shelter-in-Place Mode, and not allowing us to occupy the arena as originally anticipated and promised.”

Other cities being considered include New Orleans, Orlando and Jacksonville, Fla., Nashville, Tenn., and Phoenix.

“We’d be happy to make it work in Texas Mr. President!” tweeted James R. Dickey, chairman of the Republican Party of Texas.

GOP leaders in neighboring Tarrant County, the largest GOP-leaning county in the U.S., were eager to extend an invitation to the national Republican Party for use of their county’s premiere sports facilities — the new Globe Life Field, home of the Texas Rangers, or AT&T Stadium, home of the Dallas Cowboys, for the convention.

Tarrant County Judge Glen Whitley said the convention would be a boon to the local economy.

However, Fort Worth Mayor Betsy Price said there has been no communication between her city and convention planners. She also said Fort Worth does not have the facilities to host an event that big.

Jenkins told The Dallas Morning News that the county’s health officials recommended against large crowd gatherings. He also tweeted that his response would be the same if Democrats were looking to hold a national convention in Dallas.

Jenkins and Johnson both said they have not had any discussion with GOP convention planners.

During nationwide protests in response to the death of Houstonian George Floyd while in the custody of Minneapolis police officers, Dallas experienced standoffs between protestors and police officers, leading to hundreds of arrests and the use of tear gas to subdue protestors.

With that in mind, political experts say choosing a Democratic place like Dallas County could erupt into violent and chaotic protests against Trump and GOP policies.

“The nation is a powder keg right now, and most large urban cities are worried about the possible unrest caused by escalating tensions,” said University of Houston Political Science Professor Brandon Rottinghaus. “The risks of moving the convention to Dallas are high. If the visuals of the convention are of days or protests instead of on Republican messages, the GOP risks a failed convention.”

Call Jillson, professor of political science at Southern Methodist University, said the GOP should stick with a Republican-leaning city that is eager to host them.

“The only governor to actively campaign for selection is Ron DeSantis of Florida, and it seems that Orlando is the most likely site,” Jillson said.

Regardless of which city is selected, Jillson said demonstrations near the convention hall or throughout the city could be inevitable.

“The president and his campaign will hope to turn demonstrations and certainly any violence in the demonstrations to the benefit of his law-and-order theme, but current polling does not suggest that will be very effective,” Jillson said.