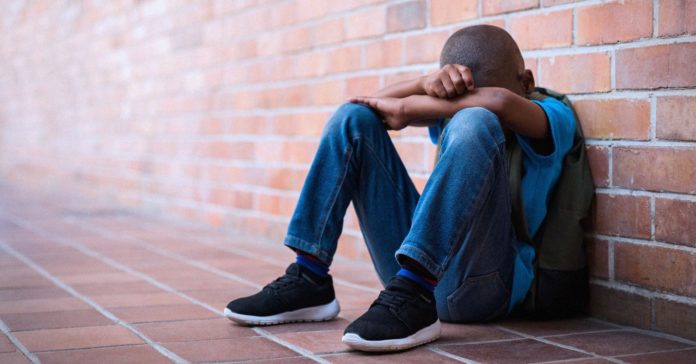 Zero-tolerance policies can set up a pathway that leads a child’s future to be defined by their misbehavior, no matter the other situations happening in the child’s life. If you break the student codes, if you are struggling, if you have an emotional blow-up while at school, if you mess up, does that mean you don’t matter?

This was the topic on an episode of the Source on Texas Public Radio last month. The episode started with the host, David Martin Davies, stating that in Texas thousands of school children are victimized by school zero-tolerance systems that land them in the school-to-prison pipeline.

The episode included data from the Texas Criminal Justice Coalition (TCJC) and its newest report on restorative justice, which sheds light on how disciplinary policies can lead a child toward the justice system.

Its findings show that students of color and students with disabilities are the most at a loss in a zero-tolerance school system.

When it comes to the ways schools can prevent a student’s worst day from defining him as a lawbreaker, mental health access and legislation can help.

Studies have shown that “noncompliance” is typically a developmentally appropriate behavior for school-aged children, said Alycia Welch, MPAff, MSSW and program administrator at the Texas Institute for Excellence in Mental Health at the University of Texas at Austin. She co-authored a report advising the then-independent ombudsman of the Texas Juvenile Justice Department on changing the ways it responds to youth in state secure facilities to reduce violence.

“The majority of these occurrences result in suspension where alternative forms of discipline could have been implemented that have been shown to yield positive outcomes for the students, teachers, and staff,” Welch wrote in an email to Reform Austin.

Restorative justice is a disciplinary practice that seeks to repair harm, according to the report from the Texas Criminal Justice Coalition.

Restorative efforts such as peer mediation, justice panels and peer councils, if provided within positive school culture, can have helpful outcomes, Welch said.

“These practices are largely conversation- and relationship-based and create the space and opportunity for youth and adults to work together to resolve community issues and harms,” she said.

These options are reparative and help students consider the consequences of their actions and encourage empathy, Welch said.

“By building strong community relationships, students are provided with the support needed to redirect unwanted behaviors and develop healthy, prosocial relationships while simultaneously building an inclusive environment that helps students feel accountable and supported when they make mistakes. When students feel that they are part of a community, they are more likely to feel invested in being accountable to their peers, teachers, and other community members.”

It’s not a soft approach to discipline. This method is based on proactive and reactive actions and building a restorative culture that affects the misbehaving student and the community around them in a positive way. It sounds like instructing a mindset of compassion-meeting-problematic behavior with some philosophy added.

State Representative James Talarico (D-Round Rock), filed a restorative justice bill, HB 1467,  last year to create a ratio of mental health professionals to law enforcement officials in Texas public schools. The bill and his advocacy for restorative methods stems from his time as a middle school teacher, before he was a politician.

On the Source episode, he explained it was the students who fell through the cracks, the students he feels he failed, who led him to tackle policies to help the similar students in schools today, that have similar stories to those he wasn’t able to reach as a teacher.

Schools have found success with restorative justice methods, said Alycia Castillo, Youth Justice Policy Analyst for the Texas Criminal Justice Coalition and co-author of the report “Reversing the Pipeline to Prison in Texas: How to Ensure Safe Schools AND Safe Students.”

“We were really encouraged by the results of the TEA’s 2015 measures to support restorative justice pilots in Texas, and students have benefited tremendously from those efforts,” she wrote in an email to Reform Austin. “In particular, Ed White Middle School in San Antonio saw dramatic improvements in suspension and expulsion rates in just a year, and were able to maintain that progress going forward.”

“We spoke directly with those students, their teachers, and the school administrators, and overwhelmingly their response was that the results were so positive because they represented a mental health-focused solution to mental health needs for children, rather than a one-size-fits-all punitive approach that’s been failing students for years.”

Talarico said when we make public policy, we need to follow evidence and research to keep kids safe and healthy.

Backing Away From Zero-Tolerance

To understand methods for disciplining students for better outcomes, it is important to begin with a clear understanding of what is meant when talking about discipline, wrote Welch from the Texas Institute for Excellence in Mental Health at the University of Texas at Austin.

She shares, “Too often, ‘discipline’ is confused with punishment or the sanctions, such as suspension or expulsion, that schools apply when students break the rules. While the goal of a system of sanctions is deterring similar behavior in the future and of deterring other students from behaving in similar ways, research shows that punitive approaches only increase unwanted behaviors, in large part, because these approaches do little to address the unmet needs that drive behavior. Punishment is simply a punitive response to unwanted behavior; it alone does nothing to ensure that the misbehavior will not reoccur.”

Senate Bill 2432 was passed by the Legislature in 2019 after a lobbying group for Texas teachers argued for educator safety and protection in their classrooms. While the bill provides safety measures to help teachers manage a student’s aggressive or violent behavior, it raised questions about how Texas should define harassment so that the most disadvantaged kids won’t be disciplined, thrown out of school and then ultimately drop out.

Rather than hardening measures addressing the harm caused directly and then to come up with methods to repair that harm, is an effective approach.

Rep. Talarico stated the first step toward moving our public education system to restorative justice practices is creating a council statewide that would collect and distribute better practices, to allow our educators across the state to learn this new approach for classroom management and student relationships.

So if a child steps out of line, or has a school yard scuffle, the first act won’t be to get handcuffed.

Rep. Talarico believes “we have to move away from tough on crime to smart on crime. Starting in elementary school, to rehabilitate our students who are facing trauma or struggling in other ways. When we view children as criminals we start down a dangerous path.”

Mental health challenges can alter the way children learn, behave, and develop, and when those challenges are not identified and appropriately addressed through a range of supports and services, they may display disruptive behaviors that can be challenging for teachers and school staff to respond to while simultaneously maintaining a positive classroom environment for all students, wrote Welch.

Welch shares a perspective on the need for resources in schools, “Many schools lack the resources and access to mental health staff needed to appropriately respond to students with mental health challenges. Schools need access to a range of specialized professional staff that could assess individual needs and respond accordingly with the appropriate interventions that are required to reduce unwanted behaviors and teach new skills and coping mechanisms.”