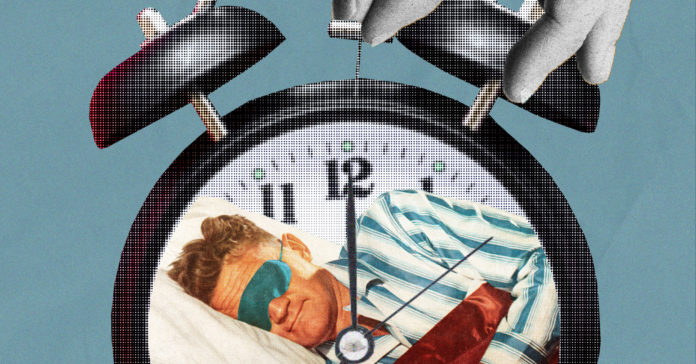 The semiannual tradition of adjusting our clocks indicates a seasonal change and the forfeiture of sleep across the country, leaving people groggier and later than they were the previous day.

However, not all Texans are keen on this springtime tradition (perhaps loss of sleep has something to do with it).

“It’s hard to find reasons to support the continued observance of this practice. In 2008, the U.S. Department of Energy assessed the effect of observing daylight saving time on national energy consumption,” Larson wrote in a guest column for the  San Antonio Express on Sunday. “It found that resetting our clocks amounts to a reduction in our total energy consumption of 0.02 percent.”

Studies have shown spikes in reports of heart attacks, strokes, and fatal car accidents during the daylight saving switchover.

Time is under federal, not state, jurisdiction. Signed by President Lyndon B. Johnson in 1966, the Uniform Time Act provides the federal government oversight of national time zones and sets up a standard observance of daylight saving time throughout the country. That is, unless a state makes the decision to opt out.

Today, only two states do not observe daylight saving — Arizona since 1968 and Hawaii since 1967. However, in doing so, both states are placed in different time zones relative to the rest of the county for a portion of the year, thus disrupting the desired simplicity.

Take Austin as an example. If a bill were to be enacted, Austin, which falls within the Central time zone, for the majority of the year would be one hour behind New York and two hours ahead of Los Angeles. However, when the rest of the county would switch to daylight saving time, Austin would then convert to Mountain Time and then be two hours behind New York and one hour ahead of Los Angeles.

HB 3784 passed the state House 133-9. But the bill stalled in the state Senate, never receiving a committee referral, left to run out the clock until the session ended.

It remains to be seen whether Texas time will distinguish itself from the rest of the nation.