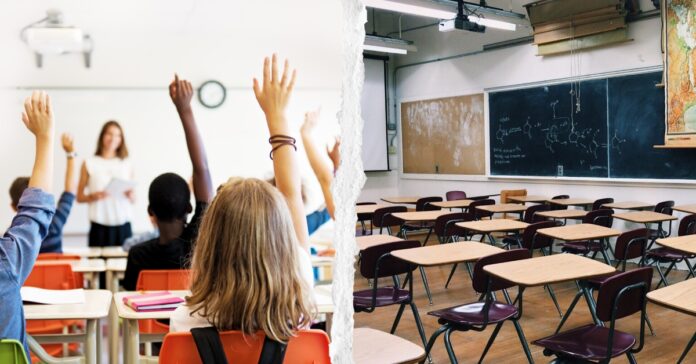 Last week, the Texas Supreme Court cleared the way for the Texas Education Agency (TEA) to take over Houston Independent School District (HISD) continuing a battle between the two entities dating back to 2019.

The Texas Supreme Court sided with TEA on Friday, throwing out a lower court injunction that would allow the state to replace HISD school board members and officials if it took control of the district.

However, much has changed since TEA Commissioner Mike Morath originally moved to do so following investigations into the district and its officials. And the complexity of such an action — legal, political, and otherwise — is still unclear.

Rice Political Science Professor Robert Stein, who has previously worked with Morath, said that the court’s decision doesn’t necessarily mean the TEA will pursue the plan, and added that “what happens next is a mystery,” in an interview this week.

Stein laid out the history of the battle between the state and the district, acknowledging that Morath may not feel as ready to make a move as he was when the agency first investigated HISD.

Stein began by recalling that Morath was acting on the findings of an investigation that some HISD board members violated the Open Meetings Act. The board members did so by creating an irregularity in gathering outside the purview of a regular meeting to decide to replace the Interim Superintendent, Grenita Lathan, with former HISD Superintendent Abe Saavedra, a move that was eventually rescinded.

In addition to that, Morath cited multiple consecutive years of low academic performance, which resulted in a failing grade from the TEA for Wheatley High School and other underperforming schools in the district, such as Kashmere High School.

Morath sought replacements for HISD board members, but the district sued in 2020 to stop the takeover, and a Travis County district judge granted a temporary injunction to halt the process.

But then, in December 2020, the state’s Third District Court of Appeals upheld a temporary injunction that prohibited Morath from stepping in to take over the district, and not long after the board members in question were no longer part of the district.

An appeals court upheld the injunction, but the TEA took the case to the state’s highest court, where the agency’s lawyers argued last year that a 2021 law — which went into effect after the case was first taken to court — allows for a state takeover.

However, Houston ISD’s attorneys have said that the district has been preparing its case for a permanent injunction since 2020.

But Morath and current Houston ISD Superintendent Millard House II have been working together to try to solve the district’s problems, according to Stein.

The grades of schools that had recently been underperforming are now on the rise, as Wheatley High reached a grade of B from the TEA.

House said in a recent press release that “There is still much more work to be done, but we are excited about the progress we have made as a district and are looking forward to the work ahead.” He cited the steady improvement in grades earned by the aforementioned schools.

And as Stein explained, the combination of factors — the supreme court ruling, the lower court ruling, the fact that the board members in question are no longer serving the district, and increasingly positive grades by the schools — may change the way Morath decides to proceed.

All those factors have also negatively affected HISD schools as a whole, and their families, resulting in what Stein said he believes is a 10-15 percent decrease in enrollment.

As those parents who could afford to take their children out of HISD schools and send them to private, parochial, and charter schools, school budgets are subsequently negatively impacted, as each student enrolled allows the school to receive the headcount amount in funding for that institution.

Stein also cited the debt that the TEA would likely inherit as part of what would undoubtedly be the large cost of upgrading the infrastructure of some of the district’s older schools, the possible closing of some schools, and general budget concerns going forward. As is, Stein said he believes the total HISD debt to be between $10 and $12 million, that could rise as high as $20 depending on what actions are taken by the TEA.

He also noted that any action by Morath and the TEA without support from legislators from the Houston area would likely incur a firestorm of criticism and activism from the minority community and Democratic voters. And since the Houston mayoral election will be held this November, that could prove to be trouble for GOP candidates.

In addition, HISD has not had a major construction bond proposal put forth on its behalf since 2012, so Morath might want to wait to make any subsequent moves until he sees whether or not a bond might be on the ballot in November.

“Morath may not take action for months,” Stein said. “He may wait to see what happens with the state budget surplus and how much of it will go to funding for education in the current legislative session before deciding how to proceed, if at all,” Stein added.

“Given all of this Morath may not do anything regarding the issue until much later this year,” Stein concluded.

Since 2000, Stein has collaborated with an interdisciplinary group of researchers in computer science and civil engineering to study how individuals prepare for and respond to severe weather emergencies. He has collaborated with several states and local governments in the design and implementation of voting systems.